One of the Narcotics Control Bureau team posed as a buyer before the Nigerian was apprehended. 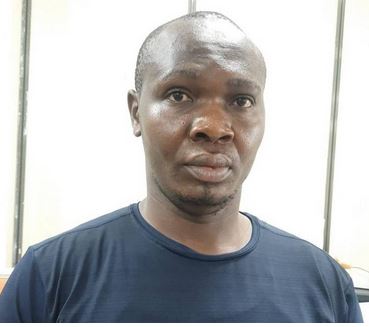 A Nigerian man, Chukwuemeka Ogboma alias Michael, who was part of an international drug syndicate supplying cocaine in Mumbai and nearby areas has been arrested by the Narcotics Control Bureau (NCB).

According to NCB officials, the drug supply network was being run through a call centre that operated from Nigeria.

The consumer had to call a particular number of the call centre based in Nigeria, and then after making an online payment for the required amount of Cocaine, the delivery was made to the consumer's address by drug peddlers working for the network in Mumbai.

Speaking about the case on Tuesday, July 13, Zonal Director of Mumbai NCB, Sameer Wankhede said officials received a tip-off regarding the drug network running operations in Mumbai and the nearby areas. He formed a team and sent a decoy who posed as a consumer and booked a delivery of cocaine in Nallasopara in Palghar district near Mumbai.

"The NCB Mumbai had received a discreet information that a Nigerian national is involved in illicit sale of cocaine at Nalasopara and nearby areas," Wankhede said.

"The NCB team intercepted the said Nigerian and recovered an intermediate quantity of cocaine," he added.

The Nigerian confessed that he was delivering drugs on instructions received from the Nigeria-based drug network.

According to NCB officials, the seized drug is sourced from South American countries like Peru, Brazil, and Chile.

NCB officials said they are working on identifying other members of the Nigeria-based drug syndicate to bust their supply chain in the country.

"Micheal is working for his syndicate members based in Nigeria and was involved in the delivering of drugs on the direction received from Nigeria. The seized contraband is part of consignment sourced from South-American countries. We are probing other members of the syndicate and are trying to bust the supply chain from abroad." said Wankhede.