Five of the victims died at the spot while two others died on their way to the hospital. 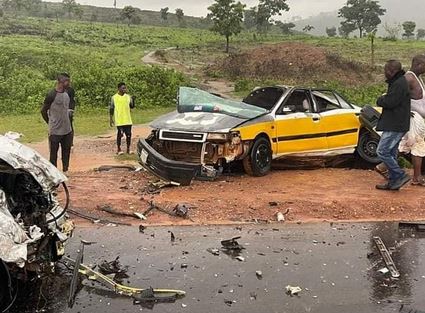 There was a fatal auto crash along Minna-Suleja highway in Niger state which claimed seven lives and others badly wounded.

It was gathered that the accident involving a Mazda salon car and a gulf salon car with registration number KTU 506 BK occurred in the early hours of Thursday, July 22.

Five of the victims died at the spot while two others died on their way to the hospital. Two people who were critically injured have been evacuated to a private hospital in Lamatta, in Gurara local government area of the state.

According to an eye witness, the accident occurred between Kwakuti and Lambata when the two vehicles, both traveling on opposite direction had a head on collusion.

Although the cause of the accident was not immediately known, eye witness however said it was not unconnected with over speeding inside a heavy down pour in the morning.

According to one of the villagers who were at the scene of the accident to assist the men of the Federal Road Safety Corps (FRSC) evacuate both dead and the injured, the two vehicles were damaged beyond repairs.

Meanwhile the bodies of those who died in the accident have been deposited at the sabon wuse General hospital. 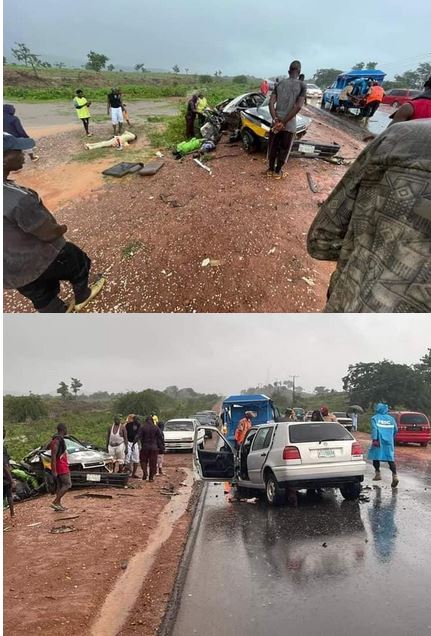 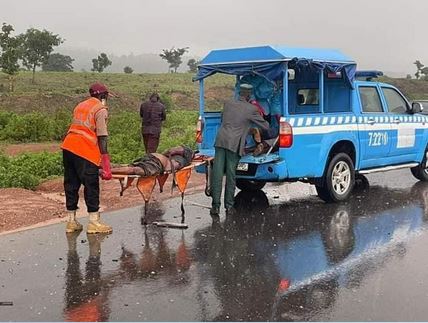