Suspected Cultists Arrested Over Murder Of Soldier In Bayelsa


The soldier was shot few meters away from the Operation Delta Safe Headquarters by gunmen suspected to be cultists. 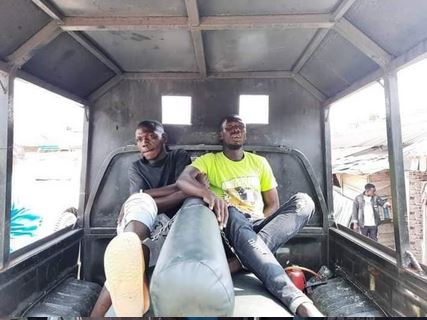 Two suspected cultists have been arrested after they were accused of having a hand in the murder of a soldier attached to the Operation Delta Safe Headquarters at Igbogene, in Yenagoa, the Bayelsa State Capital.

The soldier identified as Abbas Fatai, a Corporal and originally of the 16 Brigade, was shot few meters away from the Operation Delta Safe Headquarters by gunmen suspected to be cultists.

It was gathered that the gunmen opened fire on him and zoomed off in a waiting car on Thursday night, July 22.

Community sources who did not wish to be mentioned said that the victim appeared to be friendly with the assailants who called him on phone to meet them at the point where he met his untimely end.

The suspects identified them as MacNelly Vincent, 27, and Gilizibe Taldord, aka Agator, 26, were apprehended on Friday, by gallant officials of the Bayelsa State Volunteers led by its acting Chairman, Hon. Oyinkuro Lucky Asanakpo in collaboration with some stakeholders.

Speaking to the press, the acting Chairman revealed that "the surveillance unit of the agency got wind of the incident last night and immediately swung into action by spreading it's tentacles for leads.

"Eventually we were able to round up the suspects in collaboration with His Royal Highness, Hope Adike and Youth President of the Community, Comrade Okuns who aided the agency to effect the arrest." 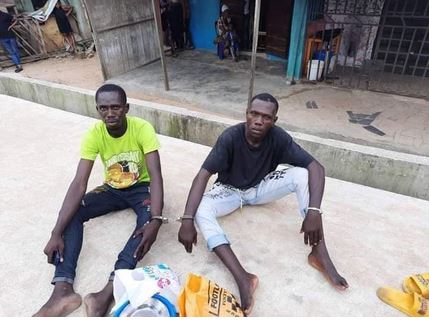 He stated further that a third suspect identified simply as Confidence and some others are at large, adding that concerted efforts are being made by the security agencies to apprehend the fleeing suspects within a short time frame.

Hon. Lucky Asanakpo has again reiterated the need for a constant synergy between community leaders and the security outfit to ensure the safety of life and properties in the state. The collaboration is gradually paying off.

He also expressed his appreciation to Governor Douye Diri who has over the years supported the activities of the agency in its fight against crime and criminality in the state.