He took to his social media page on Tuesday, July 27th to write sweet words on her 81 birthday. 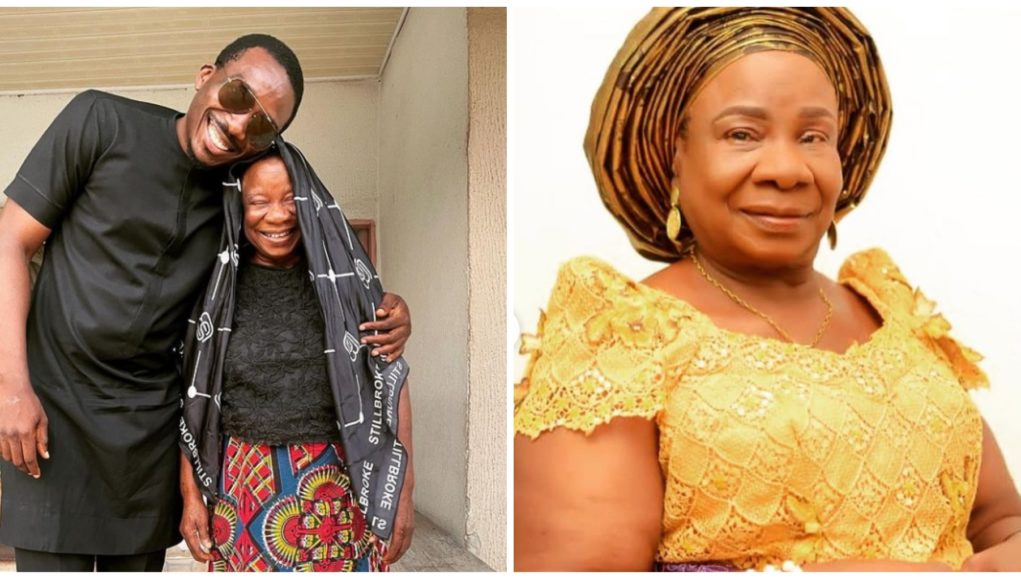 Bovi and Joanna
Popular comedian, Bovi has celebrated his grandmother.
He took to his social media page on Tuesday, July 27th to write sweet words on her 81st birthday.
Bovi revealed her name as Joanna as he disclosed he’s her first grandchild.
Sharing a photo of him and his Grandmother, Bovi pennd a long note, he wrote, “This is Joanna. She’s 81 years old today. She had 9 children; one daughter, who was her first seed, and eight sons to follow! She tragically lost three of her children; cut short in their prime. The first happened on July 4, 2006. It was the assassins gun. In Jos! He was a lawyer. Then She lost her last born child on august 23rd, 2008 in an accident. He was a lawyer too. Then she lost her first born child and only daughter on January 25th, 2016. She had a heart attack. Her daughter was my mother, Dr. Meg Ugboma!
Joanna withdrew completely from public life. She prayed to God to take her. But God refused. He refused because she still has 6 powerful sons, several grand children and a good number of great grand children.

With her smile and jokes, she still lights up our world! She speaks and understands four nigerian languages.
Her name is Joanna. She is my grandmother. My hero! I’m her first grandchild. And she’s the strongest woman I know.
footnote: I missed her 80th birthday last year because I had COVID 😩😩😩. The first picture was taken day before yesterday (Sunday) . She’s still strong and charming!”