The money was given to the families of the late policemen on Tuesday by the governor who was represented by his Chief of Staff, Tayo Ayinde. 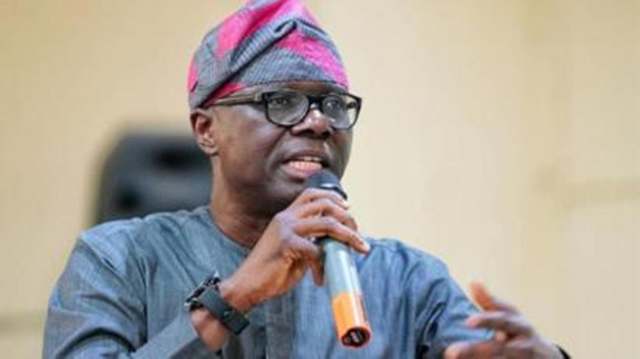 Babajide Sanwo-Olu
Families of three police officers who died while on duty have received N10 million each from Governor Babajide Sanwo-Olu of Lagos State.
The money was given to the families of the late policemen on Tuesday by the governor who was represented by his Chief of Staff, Tayo Ayinde.
He presented three individual beneficiary cheques of N10 million each to the bereaved families at the Government House, Alausa, Ikeja.
This was contained in a statement on Wednesday by the Media Director, Rapid Respond Squad, Taofiq Adebayo.
The three beneficiary families were those of: Inspector Ajibola Gafari, Constable Olufemi Richards of the RRS and ASP Omisore Olamide of the Lagos State Task Force on Environmental and Special Offences (Enforcement Unit).
The governor, who empathised with the affected families, described the monetary support as a token and the government’s effort at comforting them.
He pointed out that no amount of financial gift could make up for the lost lives and gallantry of the fallen patriots.
Sanwo-Olu appreciated the gallantry of the deceased operatives, reassuring the families and Lagos residents of the government’s commitment to always work for the good and well-being of the masses.
A son of one of the deceased, Olufemi Odeniyi, who spoke on behalf of the three families, expressed appreciation to Governor Sanwo-Olu for the money, describing it as a lifeline
Top Stories