She said certain individuals had been circulating reports on Facebook that she confessed to witchcraft, adding that the allegation had exposed her to attack and ridicule. 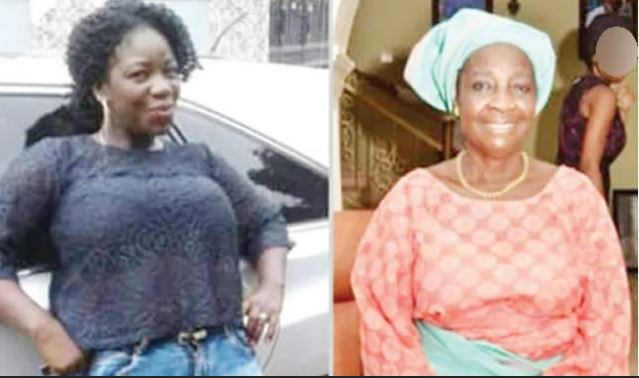 The 74-year-old, who spoke to PUNCH Metro on Thursday amidst tears, said certain individuals had been circulating reports on Facebook that she confessed to witchcraft, adding that the allegation had exposed her to attack and ridicule.

The Ondo State indigene, who spoke in Yoruba, said she was in Ibadan, Oyo State, tendering to a sick child when she got a call from the United States of America that her photo and that of her daughter, Ajoke Akerele-Falana, were posted on Facebook that she confessed to witchcraft.

She said, “I was told that those people wrote that I killed my children and those of my rivals so that I could get promotion in the spirit realm. I was wondering who was behind it, and I was told it was one Adewale.

“I was sad and bitter at the posts, because nothing of such happened. A few days later, I received a call that another post had been made on Facebook and they claimed that they had evidence that I confessed to witchcraft. It immediately occurred to me that people, who could peddle such falsehood, could also kill me.

“Due to the posts, my children became afraid for my safety and came to pick me up in Ibadan. The sick child I was caring for became sad. I begged some nurses to take care of the child for me, so I left for Akure, Ondo State.

“Shortly afterwards, they posted again that I had left Ibadan for Akure. That was when it dawned on me that I was being monitored. In my town, if anyone confesses to witchcraft, such a person will be stoned to death. The child I left eventually died. The government should save me from these people. Anywhere that I truly confessed, they should be made to present the evidence.”

PUNCH Metro learnt that her lawyer, Oluwole Kehinde, had already petitioned the DIG and AIG over the allegation.

Kehinde, who is the Principal Partner, OKC Attorneys, said in a petition dated July 12, 2021, that the false claims forced the septuagenarian into hiding.

Screenshots of the purported Facebook posts attached to the petition showed that Adewale and others on June 18, 2021, alleged that the grandmother confessed to witchcraft in Ibadan.

Kehinde said the attack was sponsored to destroy his client’s family name.

He said coincidentally, some days after the coordinated posts, the woman’s family lost two members in quick succession, which appeared to have given credence to the allegation against her.

The petition stated, “Through their various posts and comments on Facebook, they misled innocent members of the public, especially from our client’s immediate community of Owo in Ondo State, to develop hatred, venom, contempt and threat of physical attack against our client.

“They have caused her excessive annoyance, inconvenience, danger, insult, injury, criminal intimidation, enmity, hatred, ill will and needless anxiety, thereby forcing her to go into involuntary hiding for fear of attack, abduction or being killed.”

PUNCH Metro on Thursday checked the timelines of the Facebook accounts that posted the allegation.

It was observed that the posts were no longer there.

The lawyer in his petition urged the police to quiz all those involved in the case, including the woman’s son-in-law, Mr Idowu Falana.

He alleged that Falana had a disagreement with his wife, which led to their separation.

Kehinde said the husband threatened to deal with both mother and daughter, adding that those behind the Facebook allegation were his aides.

Falana, while acknowledging the dispute with his wife, denied having anything to do with the witchcraft allegation.

He said, “I don’t know anything about it; I am not a party to it. The issue of a misunderstanding with my wife is different from that which you are bringing up. If they know anybody, they should go after such a person. There is an issue of matrimonial dispute between my wife and I; that is the only one I know. Any other one, I am not a party to it.”

The FCID spokesperson, Funmilayo Eguaoje, said she could not comment on the case because she did not have the details.

According to her, the police receive thousands of petitions and the DIG would have to assign a case before investigation would commence into it.

“It is when the investigation has started that we will talk about what the police are doing about that case,” she added.