The 50-year-old mother of the deceased, Mrs Deborah Danladi, speaks about her pain and demand for justice. 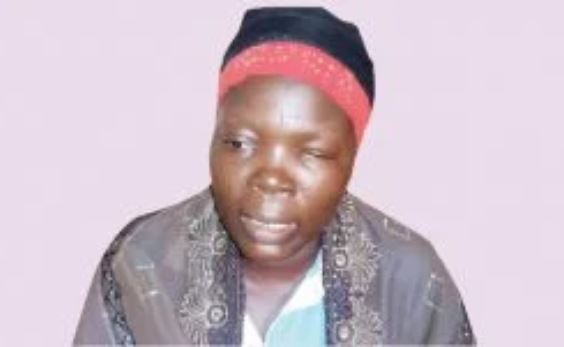 Dauda Dandali, a Nigerian shopkeeper, who was  33 years old, was arrested on July 8 at his shop by policemen from Yelwa Division, Bauchi State.

By the the following day, the police told his relatives that he had died. In this interview with ARMSTRONG BAKAM, the 50-year-old mother of the deceased, Mrs Deborah Danladi, speaks about her pain and demand for justice.

How did you learn about the death of your son?

My son was arrested in front of his shop by the police on Thursday night. I went to the police station with my daughter-in-law and asked them for my son. They told me that he was in the hospital. I asked them which hospital they took him to, but they refused to tell me. They told me to go and bring his medicine. But I told them that my son was very healthy and that he had never been admitted into a hospital over 30 years now since I gave birth to him. He could complain of a headache over one or two days, but it never got beyond that. In the end, they told me that my son was dead. Just like that!

My son was in his shop; he was hale and hearty and you tell me that he is sick and now dead? If he was sick, would he have come and open his shop? They kept wielding their guns in a bid to scare us and my aunty’s eldest son was almost hit with their gun.

How do you feel about this?

This is life we’re talking about. I carried him in my womb for nine months; I feel so sad, devastated and pained. I feel that if they had killed me, it would have been better for me. It is good for a child to bury his parents but today, am I the one that will bury my own son. Is this good?

What kind of a person was your son?

He never got me angry in his youth. When he got into secondary school, he had friends who drank and smoked but he refused to join them. There was a time he stayed for five days at home in his room and when I asked him if he wasn’t going out with his friends, he told me that he wouldn’t. The next day, I asked why he wasn’t going out with his friends, then he asked me if I wanted him to learn the bad ways of his friends. In fact, it was because he didn’t want to be with those kinds of friends that he left Bauchi State for Gombe State  for his secondary school education. If he had been living a wayward life, our church wouldn’t have been fully involved since this incident happened.

My husband died since 1997 and since Dauda finished his NCE, he has been trying a lot of things, just to make ends meet. Whenever he got something, he would give us to take of the needs in the house but today, they’ve taken his life.

Now, what do you want?

The authorities should give us justice in this case. What I want them to do is fix this country. Before now, if you were running from danger, a policeman would shield you but today, they are the same people that have killed my son. But the God whom I serve and the God who listens to the prayers of the widows, if he answers prayers, he will avenge for me