Chimaka said her father, a motorcyclist operator was on his way to buy an item before he was abducted by the police and labeled ESN member. 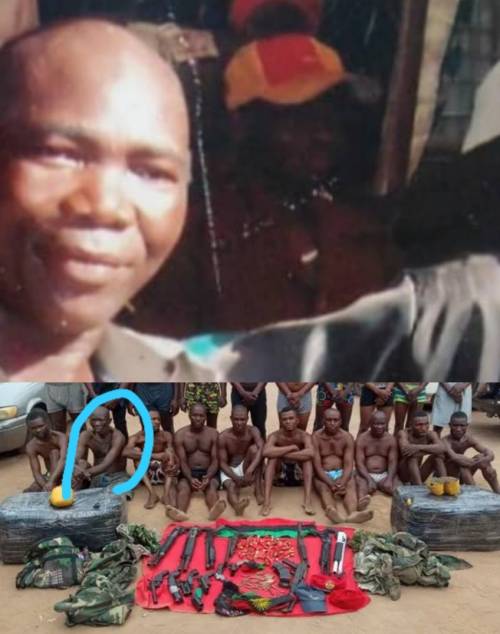 Chiamaka took to Facebook to call out Nigerian police over the incidentf
The police in Orlu, Imo state have been called out by a lady identified as Chiamaka Cynthia Duruigbo after her father was abducted and paraded by the police as member of the Eastern Security Network – the militant arm of the Indigenous People of Biafra.
Chiamaka said her father, a motorcyclist operator was on his way to buy an item at Orie Okporo market when he was stopped by policemen who burnt his bike and abducted him for no reason.
The Imo State Police Command had recently paraded 26 suspected Eastern Security Network (ESN).
The state Commissioner of Police, Abutu Yaro, said they were arrested in connection with terrorism and attacks on security agencies and private individuals where several stations were burnt down and police officers killed in numbers.
She stated, “NIGERIAN POLICE WHY; This is my father ANTHONY ONYEKWERE DURUIGBO, I just don't know where to start from. Have you seen how Nigerian police are operating? My father was on his way to buy something at Orie Okporo market in Orlu and we waited and waited for him, but he didn't come home, not knowing that the so-called Nigerian police stopped him and burnt his bike and abducted him for no just reason.
“Now this is where they took him to, tagging an old innocent man a name that he knows nothing about. Is this how innocent people are been framed up on a daily basis?
“Friends!! Nigerians!! Please speak up for my father, I am tired of the Nigerian police and their operation,” Chimaka posted on Facebook.
This is coming a few hours after a Nigerian man, Gideon Dominics said his cousin, Elvis Okafor, was wrongly paraded as ESN member.
In a Facebook post on Monday, August 2, Gideon said that the young man went out to buy foodstuff for his sick mother.
On May 28, 2021, one Casmir Ibe who lived in Rivers state but visited Imo in preparation for his late father-in-law’s burial was picked by the police and accused of being an ‘unknown gunman’.
In 2017, the International Police Science Association, IPSA, World Internal Security and Police Index, WISPI, ranked the Nigeria Police Force, NPF, 127th out of 127 countries in the world.
The Nigerian Police Force has a terrible record of human rights abuses and extrajudicial killings.
Top Stories