Angel said this on Thursday night, as she walked out on Sammie rather than sleep close to him, as she usually did. 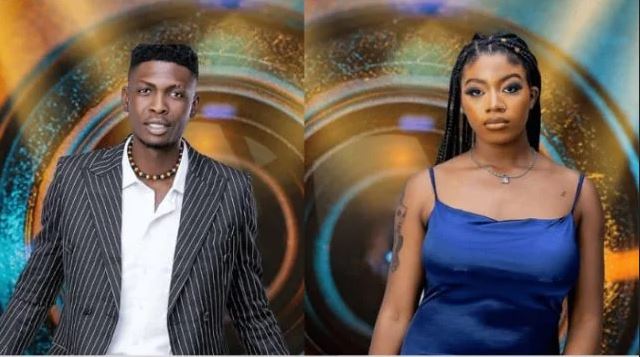 Angel, a Big Brother Naija Shine Ya Eye housemate, has revealed that her ‘ship’ with Sammie has hit rock bottom.

Angel said this on Thursday night, as she walked out on Sammie rather than sleep close to him, as she usually did.

In BBNaija, ship refers to a romantic relationship between a male and female housemate. When it is going smoothly, it is said that the ship is sailing.

However, when the relationship has gone sour, it is said that the ship has sunk.

So on Thursday night, Maria confronted Angel for walking out of the room, where she usually sleeps close to Sammie.

Maria asked Angel whose bed she’s going to stay in and she replied, “I’ll just go and lie down on somebody’s bed.”

When Maria pushed further, Angel told Maria that it was none of her business.

“But your baby is right here,” Maria insisted, referring to Sammie.

“How did the ship sink?” Maria asked, but Angel walked away from the room

When the ship started stailing

On the very first night the females got into the show, Angel and Sammie cuddled in bed and that sparked the first relationship rumour.

Along the line, Sammie felt Angel was not putting much into what they share, a thought that became prominent after Angel kissed Saga and Boma during Truth or Dare.

Four days ago, Sammie said he wants the relationship to work with Angel but he’s having issues with her mood swings.

According to him, Angel may give him ‘ginger’ today, and the next day, she’ll show the opposite.

He approached Angel concerning her attitude and she said she does it unconsciously.

With her new revelation, it appears the relationship between the duo has gone sour.