BBNaija: I Want You To Be Mine, Sammie Woos Peace


Sammie said this after his earlier love interest, Angel, revealed on Thursday night that their relationship has gone sour. 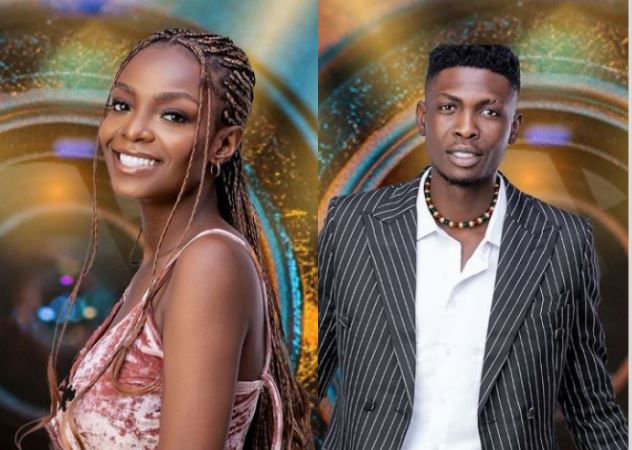 Sammie, a Big Brother Naija Shine Ya Eye housemate, has wooed Peace, asking her to be his.

Sammie said this after his earlier love interest, Angel, revealed on Thursday night that their relationship has gone sour.

Same night, while Peace lay on the bed, Sammie approached her and said, “I want you to be mine”.

In response, Peace said, “Am I a property? If you want something to be yours, go and buy it.”

Peace asked about Angel but at the mention of Angel, Sammie got angry as he ranted about the foiled relationship.

Peace laughed, saying, “But e sweet you when you dey do am.”(sic)

Sammie confessed that the relationship was ‘sweet’ when it started initially but not anymore.

Peace told him, “But you were loving it.”

“How do you know I was loving it?” Sammie asked.

“You were territorial, absolutely. I saw it. I’m talking about something that I saw,” Peace retorted.

However, Sammie said, “I’m no longer territorial again… I’m out.”

He later went to say that in the present, Angel is just his paddy and nothing more.

On the very first night the females got into the show, Angel and Sammie cuddled in bed and that sparked the first relationship rumour.

Along the line, Sammie felt Angel was not putting much into what they share, a thought that became prominent after Angel kissed Saga and Boma during Truth or Dare.

However, behind Angel’s back, Sammie was flirting with Peace, an action Peace didn’t take funny.

Peace once confronted Sammie telling him that if he wants to flirt, he should do so “with his full chest.”

With Angel revealing that her ‘ship’ with Sammie has gone sour, the gentleman has asked taken Peace’s advice about open flirtations, as he woos her openly.