BBNaija: Pere Declares Interest In Beatrice After Maria ‘Dumped’ Him


Pere called Beatrice to the corner of the garden for a private discussion and declared that he likes her, African Magic reported. 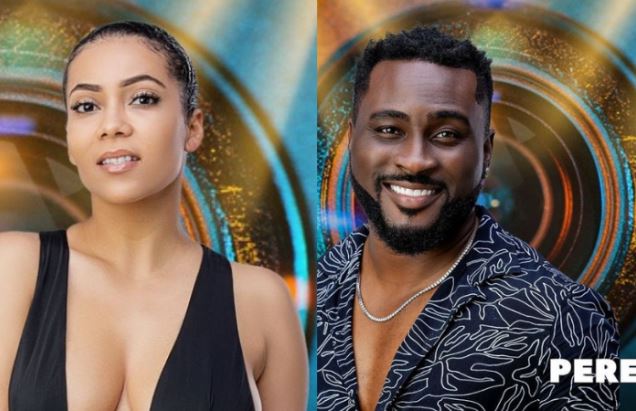 Pere, a Big Brother Naija Shine Ya Eye housemate, has declared interested in Beatrice, after Maria made it clear to him that she didn’t like him.

Pere called Beatrice to the corner of the garden for a private discussion and declared that he likes her, African Magic reported.

The 36-year-old ex-soldier started the conversation by telling Beatrice how sweet she is, encouraging her not to think otherwise.

Pere revealed that he knew Beatrice liked him and would love to have an intimate relationship with him.

He talked for a while before revealing his intentions by telling Beatrice that he liked her and believes that they can become more than friends.

However, the smooth talker said he’s not sure if he and Beatrice world become a thing and that’s why he doesn’t want to waste her time.

As Pere was saying this to Beatrice, the latter was all smiles, blushing like a new bride.

When the gentleman was done talking, Beatrice said that she wasn’t necessarily interested in Pere, telling him that his mind may be playing games with him.

Pere had earlier revealed to Beatrice he is no longer attracted to Maria, his fellow Wildcard and love interest among the female housemates.

According to him, he’s no longer interested in Maria because he is a ‘grown man’ and has to move on with his life.

This was after Maria revealed that she felt disrespected when Pere kissed Beatrice during the Truth or Dare game, after saying he has feelings for her (Maria).

On Tuesday, Maria told Pere face to face that she doesn’t like him.

Beatrice, on her own, felt Pere distanced himself from her because of what Maria told him.

The discussion between Pere and Beatrice at the garden, however, allayed Beatrice’s fears.