BBNaija, which made a return for a sixth season last month, has already topped previous seasons as MultiChoice Nigeria announced a grand prize of N90m. 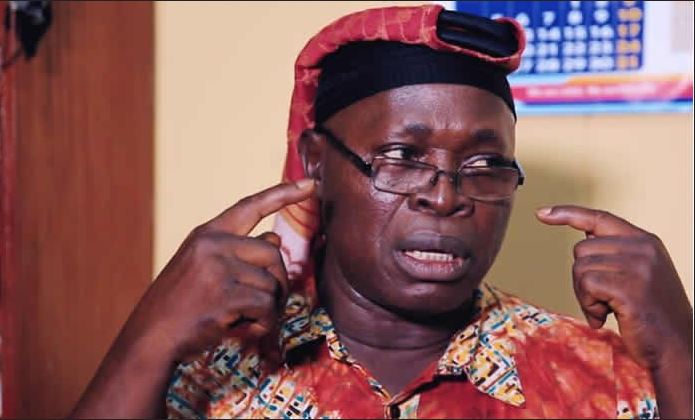 MURIC Director, Prof. Ishaq Akintola, in a chat with The PUNCH on Saturday, described the programme as an “abomination”, an “exhibition of nudity” and “an invitation to chaos and insecurity” because it allegedly seeks to mislead youths.

BBNaija, which made a return for a sixth season last month, has already topped previous seasons as MultiChoice Nigeria announced a grand prize of N90m.

This year’s season is tagged, ‘Shine Ya Eye’ with Ebuka Obi-Uchendu as the host for the show. The show requires housemates to be camped in a building for weeks. They are assigned tasks and some bonding occurs in between.

Speaking with The PUNCH, Akintola lamented that Nigerian youths have missed it with the advent of BBNaija.

He said, “We (MURIC) issued statements on it in the past two years. BBNaija is an abomination. The problem we have in this country is that people don’t learn lessons from past mistakes. We tend to idolize idleness and immorality. We pick thugs as heroes and ritualists as our models.

“Our youths today have missed the road; what they are interested in is not what can make the country great. What do we get to gain from open vulgarity, open nudity, the spread of shamelessness?

“BBNaija is an exhibition of licentiousness. It is a pity. There used to be a time in this country when the military and the police would compel badly dressed, indecently dressed women and even men to go back home and dressed properly.

“But now, we are encouraging it so badly that we allow it to be displayed openly on television. The parents are not at home, the children are watching BBNaija, it is an invitation to chaos.”

Akintola also urged Pastors and Imams to speak to their followers, adding that the Qur’an and the Bible are against what is being demonstrated openly in the Big Brother Naija house.

“Now, we are crying over insecurity, immorality, indecency that we are the ones who invited it. We all should come together – Muslim clerics, Christian clergy, we should come together and demonstrate openly against BBNaija. Neither the Qur’an nor the Bible encourages it. We should not keep silent,” he stated.

The MURIC director further urged the National Broadcasting Commission to wake up to its regulatory function and ban the show.

He said, “The government should ban BBNaija, the people are the government and there are no people without the youths. BBNaija is misleading the youths, BBNaija will encourage robbery, it will encourage insecurity, BBNaija is awarding millions of naira to young guys, awarding free cars and making young ones to salivate back home, wishing they had something like that sudden wealth.

“The Federal Government should wake up because no state government can ban it. If the Federal Government ban BBNaija, it will be like Twitter, which will be good riddance to bad rubbish. Twitter was banned for promoting insecurity and BBNaija should be banned for promoting immorality, indecency and corruption. We are fighting corruption; it will be part of our fight against corruption to ban BBNaija; it is national disgrace.