She made her win on Thursday night, day 19 of the show, during a ball-throwing task sponsored by the betting company, Bet9ja. 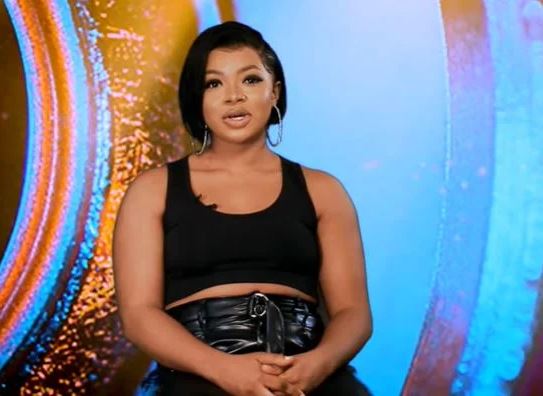 Liquorose, a Big Brother Naija Shine Ya Eye housemate, won a trophy and a N100,000 voucher for coming out victorious in a Bet9ja task.

She made her win on Thursday night, day 19 of the show, during a ball-throwing task sponsored by the betting company, Bet9ja.

The task involved throwing balls into a bucket to showcase your throwing skills. For each round, the bucket was pushed farther from the point where the housemate will stand to make their throw.

During the final part of the show, Liquorose and her love interest, Emmanuel were the last housemates standing.

However, Liquorose came out victorious when her ball landed safely into the bucket after Emmanuel’s failed attempt.

After her win, the Head of House, Pere, presented her with a trophy and a voucher from Bet9ja worth N100,000 as her reward for winning the task.

Luck has shone on Liquorose recently as she has been a member of winning teams in different tasks.

Just before her trophy win on Thursday night, the house participated in a two-way task from Supersport.

Team Jolli, including Liquorose, won the first part of the task which involved crossword and jigsaw puzzles.

As reward for their win, each member of the five-man team will split N1.5m amongst themselves.