The discussion took place on Friday, day 20 0f the show, when Pere came to the kitchen and complained that there is no water or noodles, which had been recently restocked. 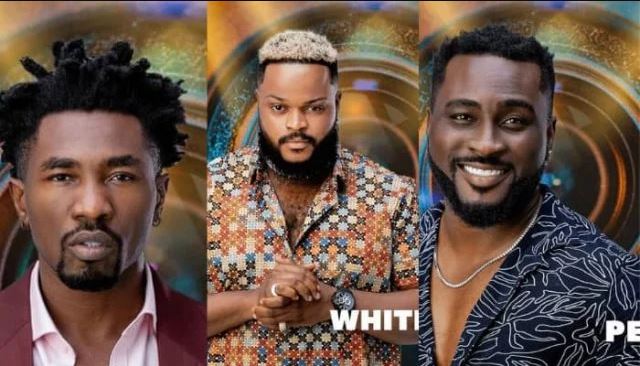 Boma, a Big Brother Naija Shine Ya Eye housemate, has confronted the Head of House, Pere on food shortage after Whitemoney was suspended from the kitchen by the HoH.

The discussion took place on Friday, day 20 0f the show, when Pere came to the kitchen and complained that there is no water or noodles, which had been recently restocked.

Boma walked in and told Pere that he had wanted to discuss the issue with him. Boma said that since Whitemoney stepped down from the kitchen, the rest of the housemates have been misusing food.

Boma said, “This is food for everybody. During Whitemoney’s time, he cooks the food and everybody eats. Now it looks as if some people eat up to four to five meals. While some would eat beans, others will say they want to eat noodles.

“What I understand is that this is food for the house. I didn’t eat any of those noodles at all because I’m not going to hoard food in my stuff. If you want to be doing it batch by batch, let’s know. If we want to do it collectively, that has worked so far.”

He said that in the new kitchen arrangement people hoard food while some eat more than the other.

When Pere became Head of House, he vowed to keep Whitemoney out of the kitchen because he felt that the latter is using his culinary skills as a strategy to remain relevant in the game.

Fans were enraged about Pere’s decision to remove Whitemoney from the kitchen as they took to Twitter to express their anger.

Following Whitemoney’s removal, the Head of House then appointed some housemates to take over the kitchen activities.