The move according to Nigerian Tribune is being made by northerners living in the state. 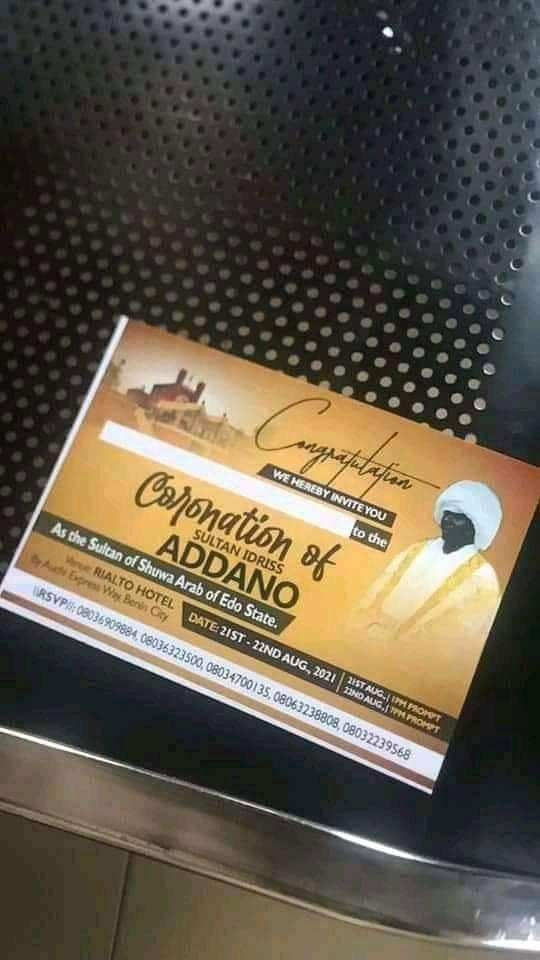 Outrage in Edo
Edo indigenes have expressed anger over plans to install a Sultan of Shuwa Arabs in the state.
The move according to Nigerian Tribune is being made by northerners living in the state.
According to the invitation for the coronation ceremony which has since gone viral, the Shuwa Arabs ethnic group from Borno is set to install Idris Addano as the Sultan of Shuwa Arab of the entire Edo State.
The coronation ceremony is slated to hold on Saturday, 21 August 2021, at Rialto Hotel, Eyaen, in Benin City, owned by a Duke in Benin Kingdom, Osazuwa Iduriase, the Enogie of Enyean.
Many prominent Benin youths have taken to Facebook to kick against the planned coronation of a Sultan within the Kingdom.
Nigerian Tribune gathered that the Shehu of Borno, had on August 4 this year, turbaned Addano and gave him the same title.
The planned event is for Addano to establish the authority given to him in Borno as the leader of the Shuwa Arabs community in Edo State.
Reacting to the development, the President of Benin Solidarity Movement (BSM), Elder Curtis Eghosa Ugbo, said Benin indigenes would do whatever it would take to resist what he described as “evil act” by persons who are bent on fomenting trouble.
"This will never happen in Benin Kingdom, we are Benin,"  Ugbo added.
On his part part, the Coordinator-General of Great Benin Descendants (GBD), Imasuen Izoduwa, said the organisation would meet and lock up the hotel-venue of the coronation, for allowing “such nonsense” in the land”
"We will meet later today so we can lock up that hotel by tomorrow or next for allowing such nonsense in our land. Enough is enough, I will no longer take any of this in our Kingdom,” he said.
Comrade Amos Ehinomen Uagbor said: “Is this obtainable elsewhere? We should now have oba and Sultan in Edo State? In fact, the venue should be sealed”.
Meanwhile, Iduriase, the owner of the proposed hotel for the coronation has also distanced himself from the event. 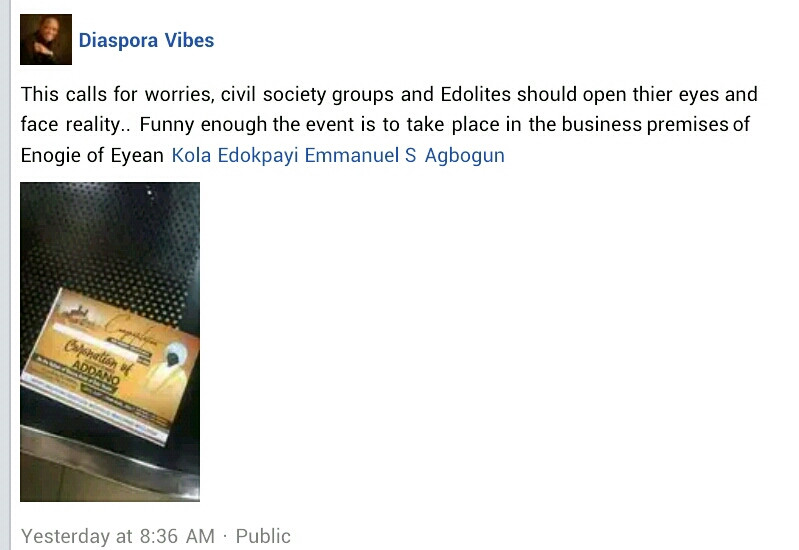 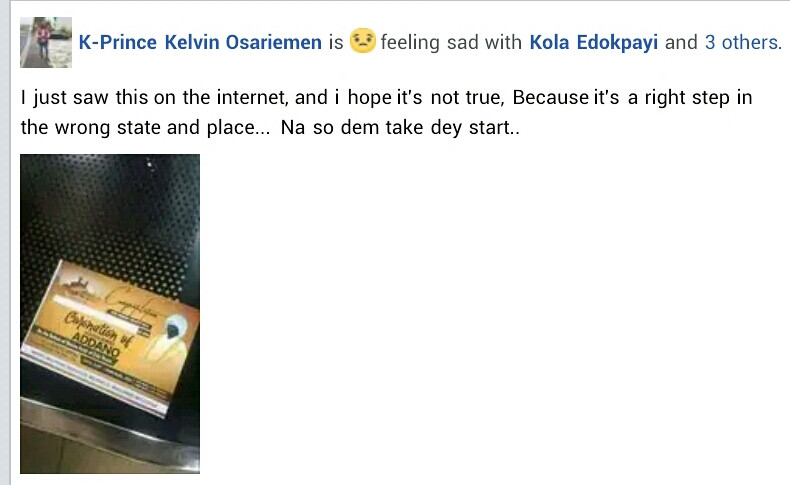