It was gathered that Omomeewa was killed by gunmen around LASU U-turn, Iba road on Wednesday, August 18. 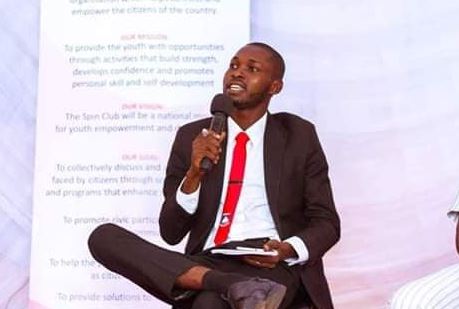 Comr. Yusuf Nurudeen Alowonle aka Omomeew, a popular activist and unionist at the Lagos State University has been killed.

It was gathered that Omomeewa was killed by gunmen around LASU U-turn, Iba road on Wednesday, August 18.

It was further learnt that the deceased who graduated from the Department of Educational Management in 2020, got married about six months ago.

LASU Students’ Union confirmed the incident on Thursday, August 19, in a statement by its President, Badmus Uthman, and Public Relations Officer, Olusola Kolawole, who said the deceased was shot dead by suspected armed robbers.

"The Lagos State University Students’ Union is so sad to announce the demise of our dear Unionist and Activist, the Founder of Educational Right Campaign known as Comr. Yusuf Nurudeen Alowonle(Omomeewa)" the statement read.

"Omomeewa was an activist of Human & Student Rights and also a graduate of Lagos State University(Set of 2019). He graduated from the Department Educational Management, Faculty of Education. Comr. Nurudeen contested for the post of Lagos State University Students’ Union President in the 29th LASUSU Election but lost. He was a strong activist who has never been found guilty of any form of illegal activities.

"On the 18th of August 2021, Comr. Nurudeen (Omomeewa) and a staff of Lagos State University known as MAJEK were robbed at gun point around 10pm close to the U-turn of LASU. It was gathered that both of them were shot. mr MAJEK sustained injury and has been hospitalized at the school clinic, Comr Nurudeen ( Omomeewa) was declared missing.

"When the union was informed this evening, they proceeded to the school clinic to get some facts from MAJEK and he confirmed that his bag was collected including his phone. Later, the Union check all the hospitals around including Police stations and it was there we were informed that Comr Nurudeen has given up the ghost and that his body is at Mainland hospital. The union proceeded to mainland hospital and they confirmed that he was brought there but the union hasn’t seen his body yet because it is in the mortuary container already.

"The Lagos State University Students' Union therefore mourns the death of a comrade , brother and leader! May Almighty God give his family the fortitude to bear the lost. Amen