It was also observed that several petroleum stations in the state capital were under lock and key. 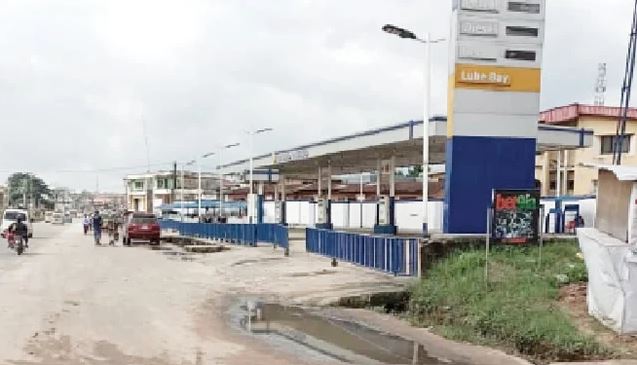 One of the stations

According to a report by The PUNCH, some passengers were stranded on Wednesday as independent petroleum marketers began an indefinite strike in Imo State.

The PUNCH correspondents, who monitored the situation around Owerri, the state capital, saw a huge number of people waiting for vehicles to no avail.

PUNCH Metro also observed that several petroleum stations in the state capital were under lock and key.

Our correspondents gathered that the independent petroleum dealers were protesting against the refusal of the state government to respect a High Court judgement in favour of a fuel station owner in the Orlu axis, whose business investment was destroyed by the administration of a former governor of the state, Rochas Okorocha.

A High Court judgement had ruled that the businessman, whose petroleum station in Olru was allegedly pulled down by the state government, be paid a certain amount of money as compensation.

But the state government said it was subjudice for the petroleum marketers to embark on a strike action over a matter that had been appealed.

The state Commissioner for Information and Strategy, Declan Emelumba, told journalists that the state government had appealed the judgement.

He wondered why the petroleum dealers would be “violating the constitution by taking action in a matter that is a subject of appeal in a court of competent jurisdiction.”

He expressed the readiness of the state to obey the judgement after all windows of appeal as provided by the law were exhausted.