Annie Idibia Calls Out Tuface, His Family, Accuses Him Of Sleeping Under The Same Roof With His Babymama


She added that she has been patient and she has made so many sacrifices for Tuface and his kids, but she's no fool. 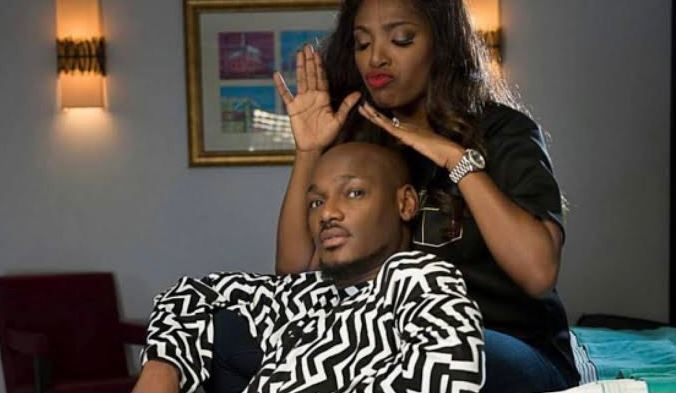 Nollywood actress, Annie Idibia took to social media to call out her husband, Tuface and accuse him of staying with his baby mama, Pero under the same roof for nights.

She also said his family does not accept her despite all she does to please them.

The actress wrote to Tuface in the now deleted post, "Your baby mamas constantly use your children as an excuse for all sort of rubbish."

She added that she has been patient and she has made so many sacrifices for Tuface and his kids, but she's no fool.

She then called Tuface out for sleeping under the same roof with his children's mother, Pero Adeniyi, when he's visiting the kids they share.

She also called out Tuface's brother, Hyacinth Idibia, for housing the singer, his kids and Pero under the same roof.

She concluded by naming Tuface's manager, Efe, Frankie and the singer's relatives telling them that their action is "unacceptable". 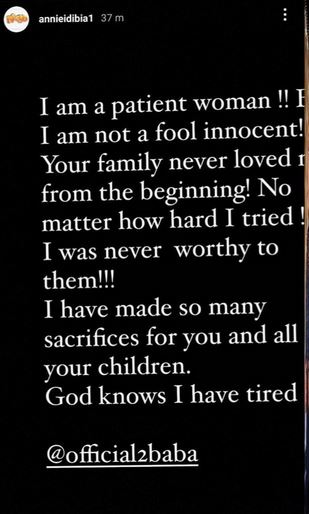 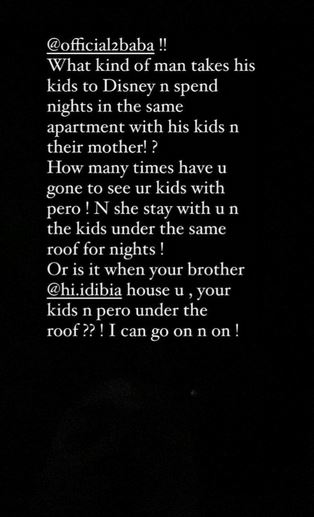 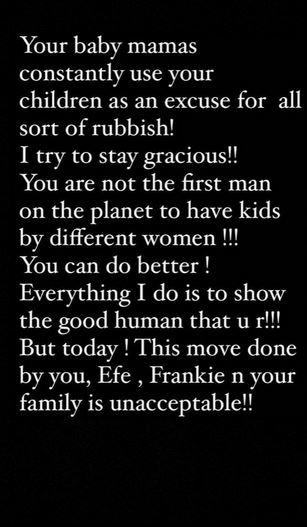