Singer, Harrysong In Shock After Realizing That Ladies Now Buy Dogs for S3x


According to him, ladies now buy dogs to satisfy their s3xual urges when the need arises. 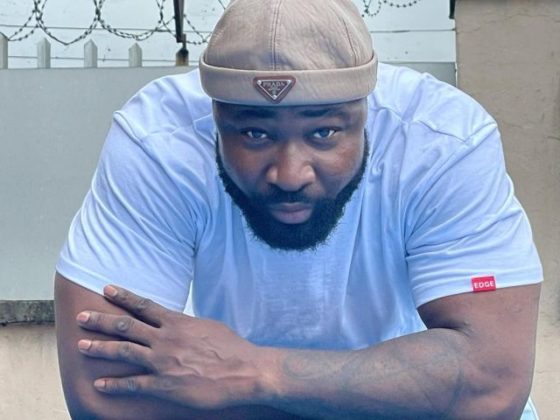 Harrysong
Nigerian singer, Harrison Tare Okiri, aka Harrysong has been left in a state of shock after saying he just found out that ladies use dogs as substitutes for s$x toys.
He took to his Instagram story to share an update from a conversation he had with a lady. According to him, the lady told him some women buy dogs to perform oral s$x on them.
The idea of buying a puppy is to satisfy s3xual urges when the need arises.
He wrote;
“I just had one of the weirdest conversations with a lady about the new s3x trend and pets with women now, that girls now buy poppies to give them head? Some are actually in a love/s3x relationship with dogs? what is going on? Is this for real?”
See his post below, 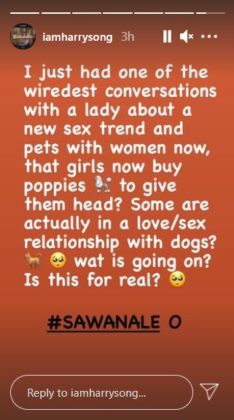