The funeral arrangements for the actor who died on August 26 was released by his family. 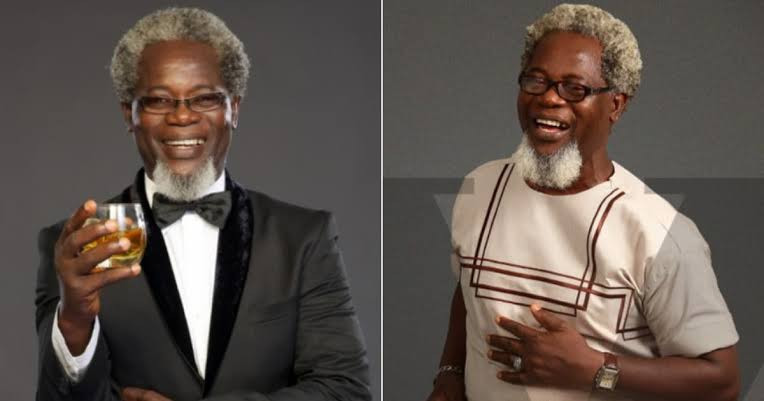 Late actor, Victor Olaotan
The burial arrangements for late Nigerian actor, Victor Olaotan, has been released.
The funeral arrangement was released by his family.
According to the obituary, a service of songs will hold at the RCCG, Fountain of Life parish in Ikeja, Lagos state on Wednesday, September 15 while his remains will be interred on Friday, September 16.
The actor died on August 26. He had been bedridden for five years after being involved in a ghastly accident that occurred at Apple Junction, in Festac, Lagos while he was driving to a movie set. He died at the age of 69.
See a copy of his obituary below: 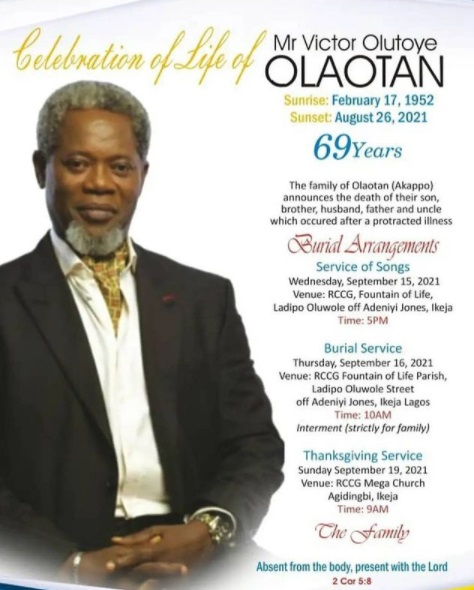