According to the victim's father, the suspect dragged his daughter into a room and r*ped her after which he gave her N1000. 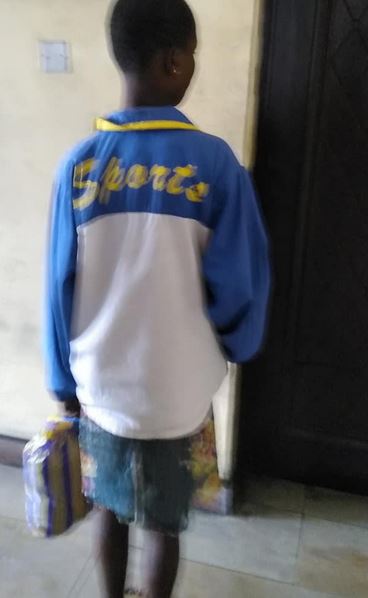 A 48-year-old former vigilante leader identified simply as Chinedu, has been accused of having unlawful carnal knowledge of a 14-year-old girl in Egbeme, ONELGA Local Government Area of Rivers State.

According to the victim's father, Mr Chimaokwu, the suspect dragged his daughter into a room and raped her after which he gave her N1000.

Mr. Chimaokwu equally accused the police at Okuzi Division and Area Command in Omoku of compromise because the accused allegedly enjoys cordial relationship with the police.

Meanwhile, the Rivers Civil Society Organisations in a statement on Wednesday, September 9, said that the Deputy Commissioner of Police has ordered the Area Commander of Omoku to produce the suspect.

"The Deputy Commissioner Of Police,SCID just ordered the Area Commander Of Omoku Area Division To Produce The Man that raped this 14years old girl and the entire case file to the SCID today. All Parties Will Appear Before The DC SCID On Friday For Briefing. RIVCSO will be monitoring the events and make sure justice is done in the circumstance." the statement read. 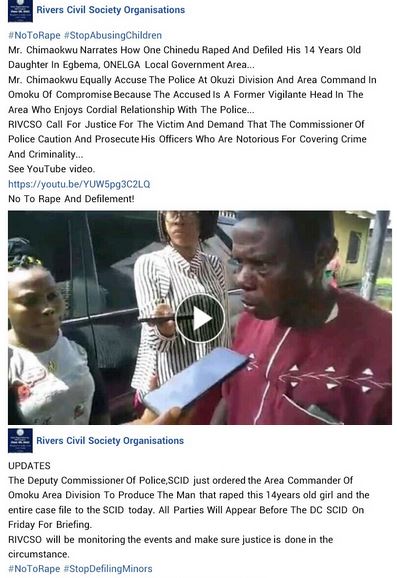