She also was not happy that Whitemoney is now sharing their personal issues with Jackie B and other housemates. 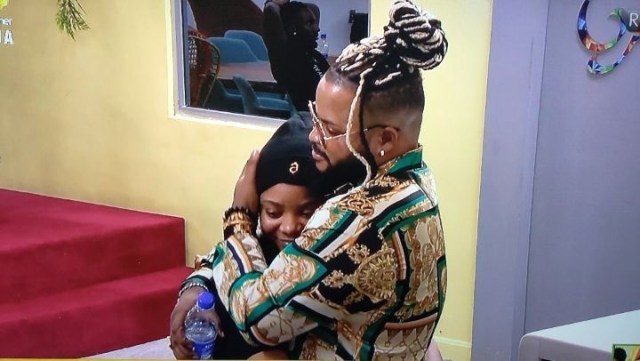 Queen and whitemoney
BBNaija Housemate, Queen has expressed her annoyance with Whitemoney for paying too much attention to Jackie B.
She also was not happy that Whitemoney is now sharing their personal issues with Jackie B and other housemates.
According to her, anything that happens between the both of them should be kept a secret.
In her conversation with Jaypaul and Whitemomey, Queen was furious that Whitemoney is becoming close to Jackie B and reminded the both of them( Jaypaul and Whitemoney) that the latter once told Jackie B that he is sexually attracted to her and she (Queen) doesn’t like that, because she is a jealous type.
She further explained that she likes Whitemoney and she will not hide that fact but she is not okay with him sharing their issues with Jackie B. According to her, Jackie B started giving her attitude because Whitemoney had shared their issue with her.
Whitemoney however denied that he did not tell anybody anything that had happened between him and Queen.