The regional bloc ECOWAS had already suspended Guinea and regional ministers have arrived in Conakry to talk to the junta about a return to constitutional order. 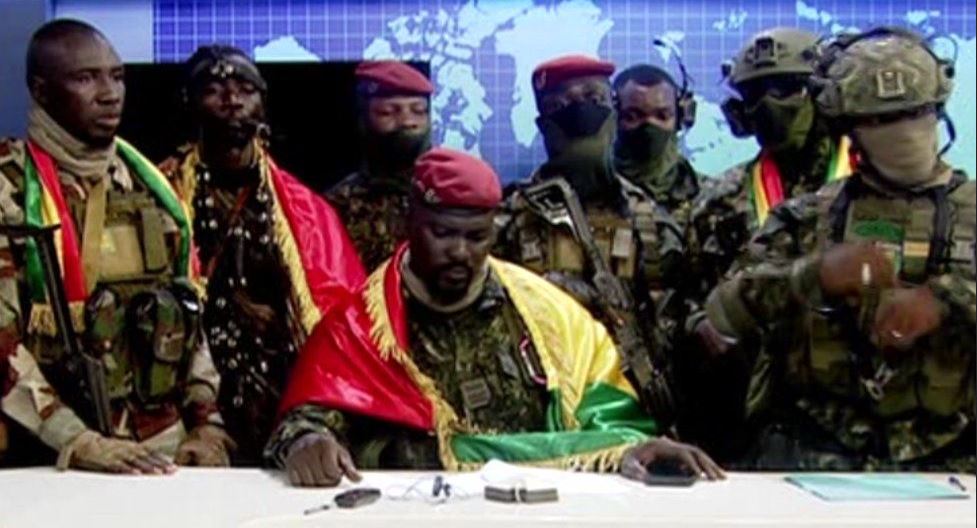 Following the arrest of President Alpha Conde in a military coup in Guinea led by Lieutenant Colonel Mamady Doumbouya on Sunday, September 5, the African Union (AU) has suspended Guinea.

The coup has been condemned by regional leaders as well as the African Union, UN Secretary-General, ECOWAS and the US.

The regional bloc ECOWAS had already suspended Guinea and regional ministers have arrived in Conakry to talk to the junta about a return to constitutional order, BBC reports.

On Friday, the African Union (AU) followed suit, tweeting that it had decided "to suspend the Republic of Guinea from all AU activities and decision-making bodies."

ECOWAS Commission President Jean-Claude Kassi Brou is part of the delegation, as are the Nigerian, Ghanaian, Burkinabe and Togolese foreign ministers.

The envoys met junta member Colonel Balla Samoura in a hotel in Conakry, according to a diplomat who requested anonymity, and are due to leave the city on Friday evening.

The US embassy in Conakry on Friday stated that Guinea should "immediately restore democracy."