A former vice-presidential candidate, Peter Obi has revealed why Nigerians are getting poorer under President Muhammadu Buhari. 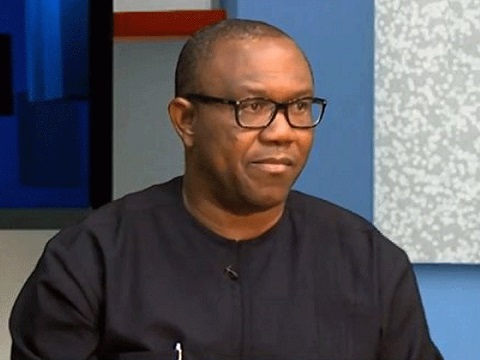 Peter Obi
A former governor of Anambra state, Peter Obi has revealed why the federal government is making more Nigerians poorer.
According to the former vice presidential candidate of the Peoples Democratic Party, PDP, Nigerians are getting poorer because the Federal government is borrowing for the wrong reasons.
The former vice-presidential candidate who said this during an interview on Channels Television argued that while it is not a crime to borrow money, the funds must be used solely for productions that enhance the lives of the citizens and enrich the economy.
According to the former Anambra State Governor, the Nation’s Gross Domestic Product (GDP) cannot be growing while the people are getting poorer.
“Are you borrowing for productivity or are you borrowing for consumption? My worry here is that we are borrowing for consumption.
“I am saying that the country is not productive and there is nothing wrong in borrowing; if you are borrowing, then it shouldn’t be for consumption and that’s why more and more people are getting poorer,” he said.
He further noted that the growth Nigeria needs is one that “pulls people out of poverty by making the people have disposable income and be able to feed themselves”.
”Nigeria as a nation needs the kind of growth that will educate the children and provide primary health care for all communities.
“The country must do away with speculative growth that is given media hype without positively affecting the masses,” he added.
Top Stories