Ozobeme who hails from Orogun, Delta State, disclosed that the trip and medical treatment was funded by her husband. 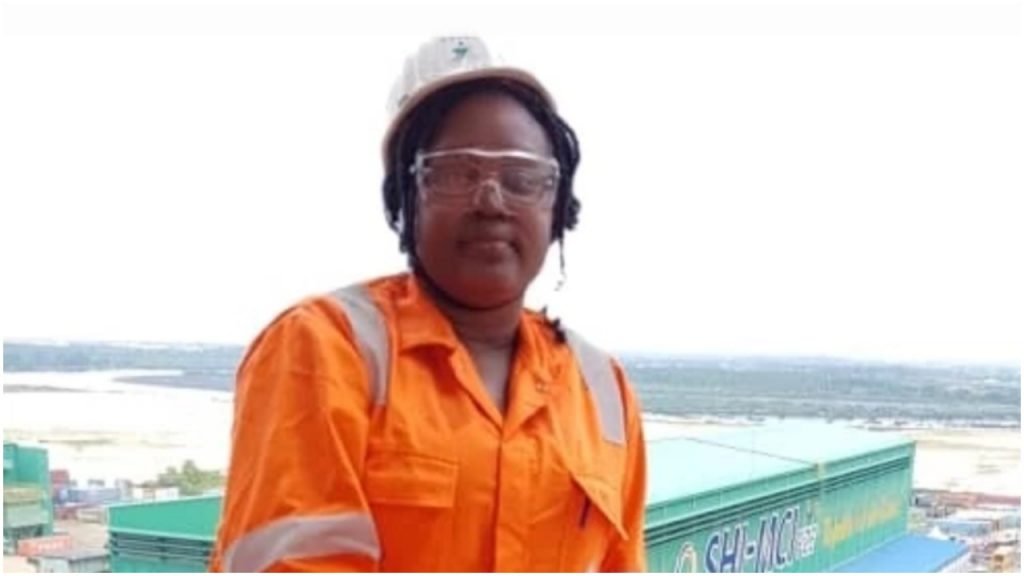 According to a report by Daily Post, Oghenero Ozobeme, a sacked staff of TOTAL E&P has cried out over the alleged treatment meted to her by the company after she had brain surgery.

Ozobeme who hails from Orogun, Delta State, disclosed that the trip and medical treatment was funded by her husband.

In an SOS to the media, Ozobeme recalled that on April 30, 2020, amid the COVID-19 lockdown, TOTAL communicated that her services were no longer required.

She said the sack letter was dispatched after the management of the oil giant got a subpoena to appear and testify in court.

“The termination letter was delivered to me at home on the 29th of April 2020 during the COVID-19 restrictions.

“It came from the Managing Director. Infact, the line manager had assigned tasks to me on the same day as I worked from home”, she said.

Ozobeme narrated how her relationship with TOTAL turned sour after a wrong medical diagnosis.

Years ago, after missing periods and negative pregnancy, she was sent for a pregnancy test and abdominal scan instead of a hormonal assay test.

The scan revealed polycystic growths on her ovaries, a condition erroneously diagnosed as an isolated ovarian cyst.

Fearing she could lose them, she privately sought further medical assistance abroad. In Canada, she was diagnosed with a pituitary brain tumour, with impending brain surgery.

“Before the surgery, I had to undergo a complex surgery to save and reconstruct at least one of my ovaries. I informed TOTAL of my medical absence while literally on my death bed.

“The response I got was shocking and dehumanizing. I was asked to certify my anticipated recovery date. TOTAL threatened me with termination.

“I was kicked out of the payroll with no health or sickness benefits. I had to cut short my trip where I was undergoing brain surgery treatment to return to Nigeria to resume work.”

Ozobeme regretted that her case was allegedly mismanaged at St. Nicholas Hospital in Lagos, for almost a year, “till an MRI scan revealed an associated tumour bleed”.

The citizens said before the sack in 2020, TOTAL orchestrated a smear campaign, intimidation and desperate cover-up to humiliate and silence her.

It was at that time she sought legal redress, an action that drew the attention of the leadership of Petroleum and Natural Gas Senior Staff Association of Nigeria (PENGASSAN).

“PENGASSAN tried to dissuade me from filing a suit. When they failed, they joined the smear campaign to vilify me,” Ozobeme bemoaned.

The husband, Charles Ozobeme, said the couple have accepted their fate as Oghenero would not be able to give birth again.

“We went through the trauma of open-head surgery with huge fatality risks that has left her a victim of permanent hormonal derangement.

“She can no longer drive because she suffers permanent visual impairment. Our greatest pain is that TOTAL, rather than sympathize, engaged in intimidation.”

Reacting, TOTAL, through its Lawyers TEMPLARS, said the allegations form the subject of two lawsuits currently before the National Industrial Court of Nigeria.

“These matters are not only live and pending before the court but also the claimant has proceeded with the trial and closed her case in one of these matters.”

The law firm added that any comment on Ozobeme’s case would be sub judice and “contemptuous of the authority of the court”.

St. Nicholas Hospital said the matter had been reported to the Medical and Dental Council of Nigeria (MDCN) and presented before a court.

“This case is now sub judice, prohibiting us from any further discussion on the case outside the court of law”, the management explained.