The 58-year-old information technology consultant might have survived the attack if he was promptly operated on at the Lagos State University Teaching Hospital, Ikeja. 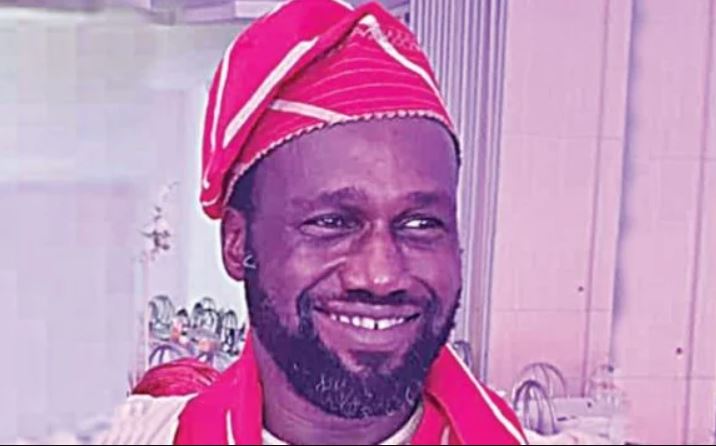 According to a report by The PUNCH, more facts surrounding the death of a cyclist, Dr Afolabi Mabogunje, stabbed multiple times in the neck region by robbers, have emerged.

It was learnt on Saturday that Mabogunje, a 58-year-old information technology consultant, might have survived the attack if he was promptly operated on at the Lagos State University Teaching Hospital, Ikeja.

Our correspondent had reported that the deceased, fondly called Mabogs and General, was stabbed by some hoodlums around Shodex area, Anthony, along Ikorodu Road, while he was waiting for his co-cyclists about 5am on Thursday, September 9, 2021.

The assailants, said to be on a motorcycle, robbed him of his phone and left him for dead but he reportedly struggled to ride the bicycle to a nearby bank where a good Samaritan helped him to call his wife who picked him up at the scene.

He was said to have been taken to the Gbagada General Hospital and was later referred to LASUTH where he underwent a surgery. He reportedly went into a coma post-surgery and died on Wednesday.

In an interview with our correspondent on Saturday, the deceased’s younger sister, Dr Olusola Oyekunle, said Mabogunje might have survived the injuries but for alleged systemic failure at LASUTH.

Oyekunle, a consultant in obstetrics and gynaecology, explained that her brother struggled to get medical help but his effort was frustrated by delay in receiving proper treatment at the hospital.

She said Mabogunje was stabbed on both sides of the neck, right side of his chest and left arm, adding that on the right side, a gory wound set the internal jugular vein apart from other structures.

She stated, “His wife took him to Gbagada General Hospital at about 5.30am. They sutured the smaller wounds, gave him IVFluids but the hospital did not have a cardiothoracic surgeon on the ground for the neck wound. So he had to be transferred to LASUTH, which had cardiothoracic surgeons. When we got to LASUTH, one of the surgeons was on the ground.

“The surgeon and everyone who would work on him had been alerted. Afolabi (Mabogunje) was put in the emergency room when we got to LASUTH. We needed four pints of blood. We got to the blood bank and they said they didn’t have blood. His co-cyclists went to the blood bank to donate blood. They couldn’t bleed them because of the ongoing ARD (Association of Resident Doctors) strike.

“We had to call the director of the Blood Banking Services in Lagos and we were directed to go to Gbagada Hospital. They had to take Afolabi’s blood sample there to cross match. Seyilayo (one of his friends) drove back to Gbagada to get blood and come back. Blood cross matching takes up to 30 minutes to one hour. He was held in morning traffic.”

Oyekunle said while they were waiting for the blood, another blood sample was sent to the laboratory for testing, noting that Mabogunje was not taken to the theatre on time as the blood sample had not been processed.

She added, “We went to the lab to get the results but they had not done the test. We had to wait for them to do the test. He needed to do an X-ray within the hospital but they could not provide an ambulance to move him to the unit. They were asking us to be patient.

“We finally got into the theatre about 1pm and then there was an outage. We waited for about five minutes before power was restored and it went off again. The surgery eventually started about 1.30pm for a man who sustained injuries at 5am and got to LASUTH at 8am. That was the delay that changed the story. If he had got blood within 30 minutes he got to LASUTH perhaps he would have survived.

“There are three types of delay that cause mortality. The phase one delay is if the patient does not make a decision to seek medical help on time. The phase two delay is if there is no hospital nearby. Afolabi had neither of such delays. But there was a massive phase three delay at LASUTH and that is a systemic problem. He battled the robbers, he fought for his life, we battled the system and systemic failures, everything that could go wrong went wrong.”

The bereaved sister said Mabogunje didn’t recover from anesthesia an hour after the surgery and was transferred to the intensive care unit of the hospital.

She said the family was assured that he would regain consciousness by the next morning but his condition worsened until he gave up on Wednesday.

Oyekunle lamented that her brother’s death dealt a huge blow to the family, especially their aged parents.

She added, “My father is 88 and my mother is 82. Both of them are grieving. My father is distraught and distressed. He was the one who handled everything about them. He was in charge of everything about them. We thank God for the life he led, for finding and fulfilling his purpose in life, for being a big brother and father to many more than his biological children and siblings.”

Mabogunje’s friend and co-cyclist, Seyilayo Ojo, also decried bureaucracy in the handling of the case, noting that he and two others volunteered to donate blood but their request was turned down due to the ongoing strike by resident doctors.

He said, “We got to LASUTH around 8am but the surgery didn’t happen until about 1pm. He was stable and we were all joking. He narrated the incident to us and advised us to learn to memorise key phone numbers. The reason for the delay was not money or manpower. It was bureaucracy and a challenge of the system.

“I observed that since this man had lost a lot of blood, they would need blood donation. I called his wife who is a medical director at a hospital in the state. She directed me to where I could donate the blood. Two other persons and I walked into the place to be screened for blood donation. We were told that we could not donate blood because resident doctors are on strike. I couldn’t reconcile it because it is phlebotomists who collect blood not resident doctors.

“We got requisition to collect blood for the surgery at a blood bank in Ayinke House but we were told to go back to Gbagada Hospital to get the blood. I was caught up in traffic. It took me about two hours to and fro Gbagada. He went for the surgery around 1pm in good health. He was very fit and one of the doctors at LASUTH confirmed it.”

The LASUTH Chief Medical Director, Adetokunbo Fabamwo, however, said he was not aware of any delay in Mabogunje’s treatment.

He said, “I don’t have such information. The contrary is what I have. He was operated on in record time by experts when he was brought in. There were four professors in the theatre where he was operated on. The man was stabbed in several places and he had bled a lot. We have 10 functional ambulances so there is no issue of such. He was operated on within two hours during a period when resident doctors were on strike. His wife was one of us so all hands were on deck.”

Ojo, a lawyer, said Mabogunje installed Strava–a cycling tracking device–on his phone and released a beacon on a cyclers’ WhatsApp group platform they both belonged so he could be monitored any time he went cycling.

He said a member of the group traced Mabogunje’s stolen phone to somewhere in Mushin with the aid of the beacon, adding that he reported the incident at the Ilupeju Police Station.

“I have given the Divisional Crime Officer at the station all the information I have. He said they are investigating,” he added.

A source, however, told our correspondent that the police had yet to make headway on the investigation.

The source said, “The beacon is no longer active because his phone has gone off. A policeman told the family that their tracking device was down and they have not ascertained the location of the phone.”

The Police Public Relations Officer in the state, CSP Adekunle Ajisebutu, could not be reached for comments on the case as calls to his line rang out.