Lowery before her death described herself as an unmasked, unmuzzled, unvaccinated, unafraid’ and a ‘free thinker. 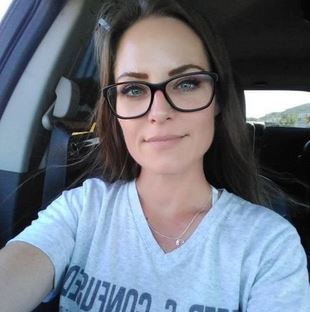 Kristen Lowery, a 40-year-old woman who shared anti-vax and anti-mask posts on social media has lost the battle to COVID-19.

Screenshots of the mother of four posts on her Facebook account which has now been placed on private has been shared on Reddit and other sites.

A  GoFundMe page set up to raise money to help pay for her funeral said she died ‘unexpectedly’ on September 15.

Lowery from  Escalon, California in some of her posts described herself as ‘unmasked, unmuzzled, unvaccinated, unafraid’ and a ‘free thinker’. She also asked people to ‘question everything’.

In a photo she also shared on Facebook, she wore a t-shirt proclaiming herself an ‘ex-vaxxer’ while holding up a placard reading ‘give a voice to the vaccine injured’.

Her sister, Cassie who commented on her health status thereafter, said she was ‘in the hospital fighting for her life against Covid and pneumonia.

My sister has a long life left. We need you here, sissy. Your kids love and miss you so much. Please don’t give up.’

Cassie also maintained that the post was not ‘political’ and she had no interest in hearing anyone else’s views on vaccines.

Two relatives who gave an update about Lowery, said she‘died from covid’. Her aunt wrote;

‘Heart is breaking for her 4 kids.

‘So many people need her here, but God must have special plans for her in heaven.’

The GoFundMe page raised more than £8,000 ($11,000) for her funeral, with a loved one writing that news of her death has been ‘devastating to everyone that knew her’.