Igbokwe gave the call while condemning the October 1 sit-at-home order by IPOB and the removal of Nigerian flags from the southeast. 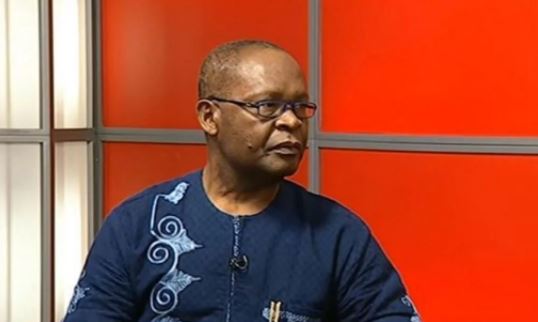 Igbokwe
Joe Igbokwe has called on southeast governors, lawmakers and Ohanaeze Ndigbo to stop the activities of the Indigenous People of Biafra, IPOB in the South East.
Igbokwe gave the call while condemning the October 1 sit-at-home order by IPOB and the removal of Nigerian flags from the southeast.
He pointed out that IPOB’s decision to remove Nigeria’s flag from the southeast was an affront to the corporate existence of the country.
The All Progressives Congress, APC, stated this in a post on his Facebook page entitled: “A call for peace, tranquility and sanity in Igboland as Nigeria clocks 61.”
According to Igbokwe: “IPOB’s threat to attack the Nigerian Flag on October 1st, 2021 in the southeast should not be treated with Kids gloves. The sit-at-home order on that special day, and independence day is an affront to the Federal Republic of Nigeria. This is an attack on the corporate existence of Nigeria as a political entity and no Nation big or small will take this threat lightly.
“ACTIONS CARRY CONSEQUENCES!!! The South East Governors, Senators, HORs, South East State Assemblies, the Speakers, Ohaneze Leadership, First Class Traditional Rulers, the Egg Heads, University Teachers, Business Tycoons, Intelligentsia, Market leaders, prominent politicians etc should rise up to check IPOB excesses in Igboland.
“Our people are relocating out of South East to Delta State and some other States for fear of attacks and assaults by heartless IPOB bandits. They have killed policemen, attacked police formations, burnt police patrol vans, killed soldiers, killed priests, they have killed our people, looted their shops and countless atrocities which time and space will not permit me to mention here.
“Those who are pushing for this brigandage in the South East are the lowest of the low in Igboland. They do not represent the thinking and aspirations of the vibrant SE citizens. I repeat that an attack on Nigeria’s Flag is an attack on Nigeria.”
Top Stories