The officer was killed in the Ajao Estate area of the state where he and his team had gone to enforce the ban of commercial motorcycles on major roads and bridges. 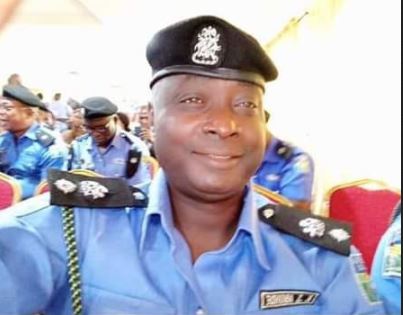 Sixty suspects have been arrested by the police following the murder of the Chief Superintendent of Police, Kazeem Abonde on Thursday, September 23 in Lagos.

The officer was killed in the Ajao Estate area of the state where he and his team had gone to enforce the ban of commercial motorcycles on major roads and bridges.

As the police team impounded some motorcycles, the riders reportedly fled but soon regrouped in their numbers and attacked Abonde and men.

One account said they snatched the CSP’s service pistol and shot him with it.

The operatives who went on the operation with the senior officer took to their heels for fear of being lynched.

But as sympathisers rushed Abonde to hospital, the mob went after him and smashed his head with stones and clubs, it was said.

Abonde, of the Operations Department, planned to quit field work by December, six months to his retirement from the force, The Nation learnt.

A police source said the CSP saw the mob advancing but ordered his men not to fire any shot to prevent extrajudicial killings.

“The bikers visibly displayed cutlasses, bottles, axes, sticks and stones as they charged towards the police team. The mob chased the armed policemen towards the main gate leading to the estate. The policemen who were with the CSP abandoned their patrol vehicle and fled.

“The CSP, who was a lone at this point, made frantic efforts to calm the irate crowd but they refused to listen. They vandalised the patrol vehicle, disarmed and shot him,” the source said.

Another source said Abonde had planned to stop going for operations by December to prepare for his retirement in June.

He said the officer had a Master’s degree in Law in 2019, and was very calm and dutiful.

The Nation gathered that another reason the policemen fled was because they neither had teargas nor anti-riot equipment to disperse the mob at the time of the incident and by the time reinforcement came, the damage was already done.

Abonde’s murder has generated disquiet within the police with resumed feelings of demoralisation.

Many police officers who spoke to The Nation said the incident was a sad reminder of what happened during the #EndSARS violence. They lamented that if not properly handled, operatives’ morale would be dampened in enforcing the law.

Police Commissioner Hakeem Odumosu said the command would ensure the culprits were brought to book, adding that 60 suspects have been arrested while investigation continued.

He also said that the three service firearms carted away by the hoodlums had been retrieved, while the injured officers were recuperating.

“It is a painful loss. It saddens my heart that an officer was killed in such a cruel manner. We have been investigating the matter and presently, we have 60 suspects in custody,” Odumosu said.