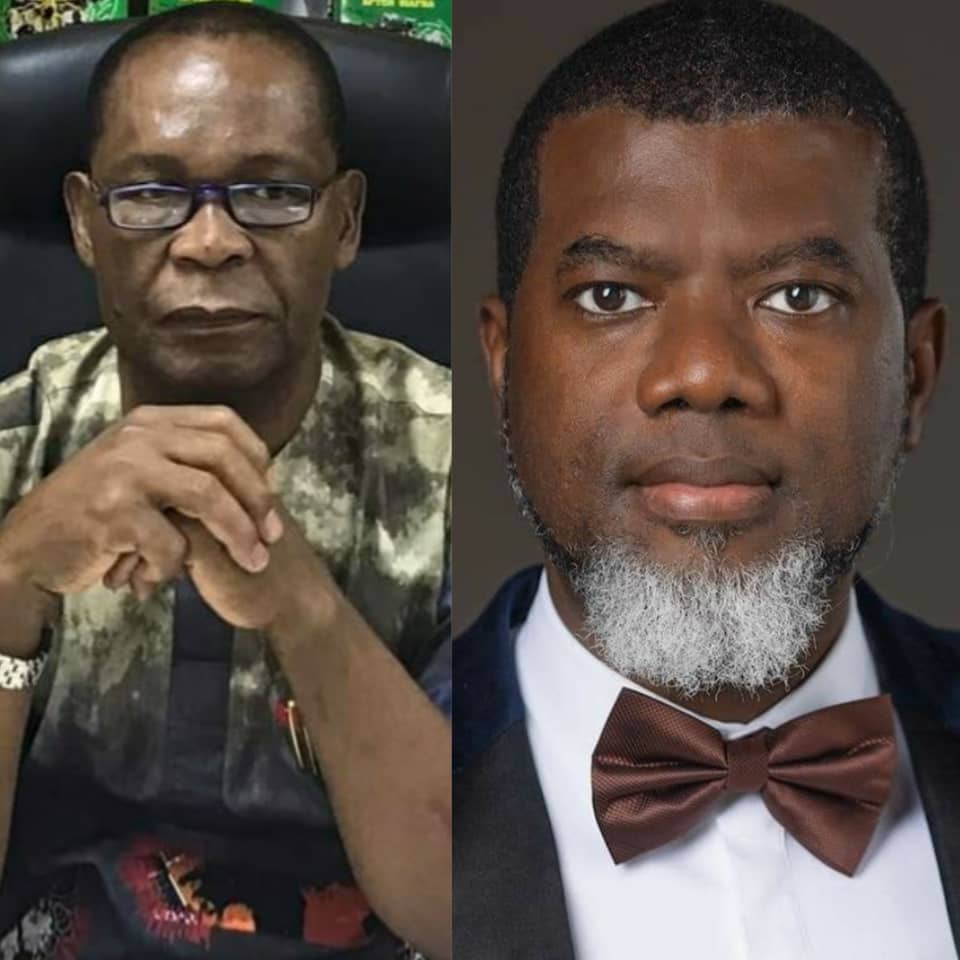 Igbokwe and Reno
Reno Omokri has showed between him and APC Chieftain, Joe Igbokwe who is a better man.
It all started when Joe Igbokwe shared a post on his Facebook wall this morning stating that he doesn't know Reno.
He wrote;
''Who is Reno Omokri?
Honestly no body knows him or what he stands for . I do not know his antecedents, his life, his story, his pedigree, his disposition, his education, his family , his work experience, his achievements, where he is coming from. Honestly I do not know where to place him.''
Reno's attention was drawn to Joe's post and he has responded.
In a post shared on his Facebook wall, Reno reminded Igbokwe of his position as the Special Adviser to the Lagos state Governor for Gutters and Drainages. Reno said he isn't surprised Igbokwe doesn't know him because he doesn't expect ''gutter people'' to.
''Dear Joe Igbokwe,
Thank you for your comments. If I am not mistaken, you are the Special Adviser to the Lagos state Governor for Gutters and Drainages. Please find attached a photo of me with the incumbent Prime Minister of the United Kingdom, and another with his immediate predecessor, Theresa May, taken while she was in office. The photo with Boris Johnson was taken at his office, and he is modelling my #RenosNuggets official gear.
You say you don’t know me. I am not surprised. GUTTER people won’t know me. Only GREATER people do!
Thank you and may God bless you.'' 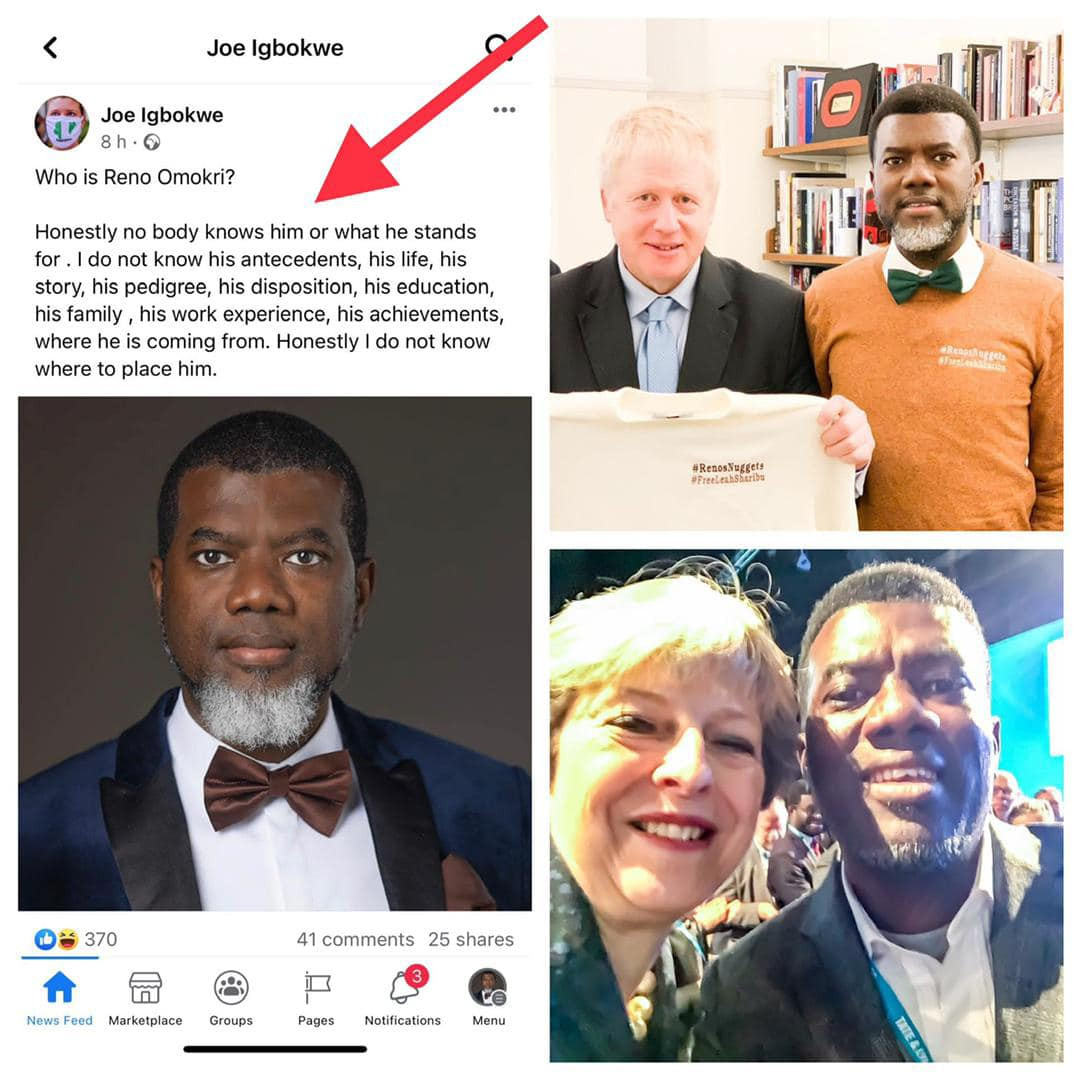