He said in such circumstances, it was impossible to believe that the country would remain as one indivisible entity. 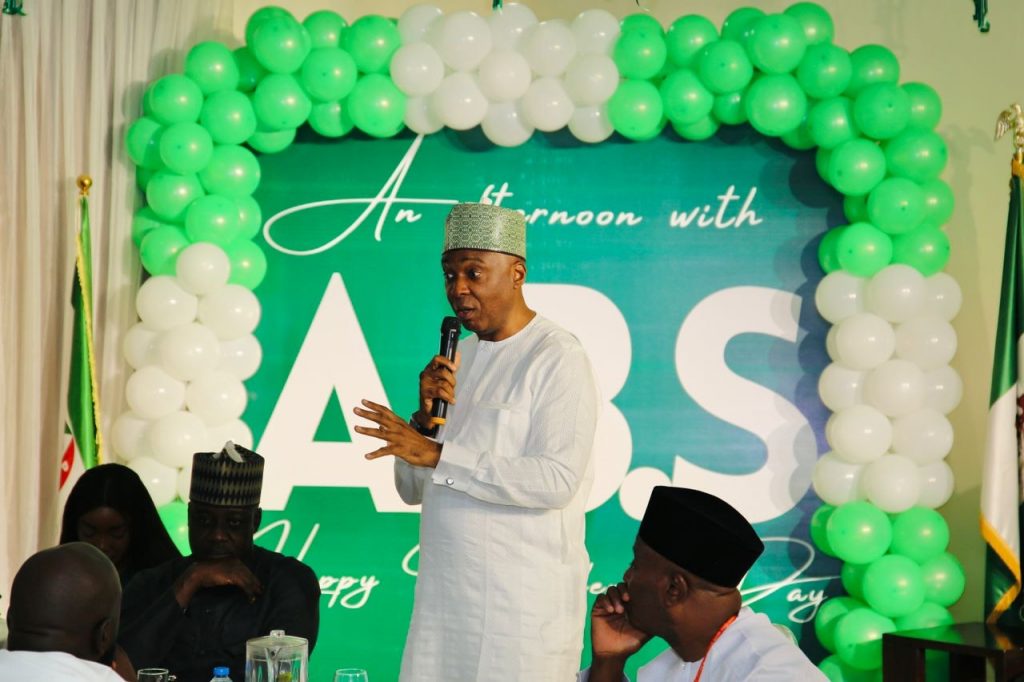 Bukola Saraki
A former senate president, Bukola Saraki has identified what is fueling seccession agitations in Nigeria.
According to him, high injustice is responsible why some Nigerians want to secede.
Fielding questions during an Independence Day luncheon in commemoration of Nigeria’s 61st Independence anniversary, held in Abuja at the weekend, Saraki, who is also a former Governor of Kwara State, advised those in government to ensure there is development in all parts of the country, insisting that people can not be happy staying together in a country where only one part is being developed.
He said in such circumstances, it was impossible to believe that the country would remain as one in indivisible entity.
The former Senate President said that it is the failure of government to deliver the expectations of the masses that has led to the agitations for secession.
“I think that the government not being able to deliver to the people as regards what their values and expectations are, has made us start looking inward to see that there is something wrong structurally… That’s why you hear people talk about maybe we should give more powers to the states; more powers to the regions.
"I think we need to address what is wrong with our country's structure. The major issue has to do with the opportunity for all of us. I call it the democratization of opportunity.
“Today a lot of people do not have a sense of belonging. They do not believe that the opportunities are fair to all. We need to go back to that. We must have an environment that enables all of us to believe that we have a fair chance of getting to where we want to get to and in doing that we have to be sure that some of us do not believe that we are being held back.”
Top Stories