Nigerian man, Opeyemi narrated how a Baptist church asked him to take off his earring while he was on a groomsman duty in the church, but he refused. 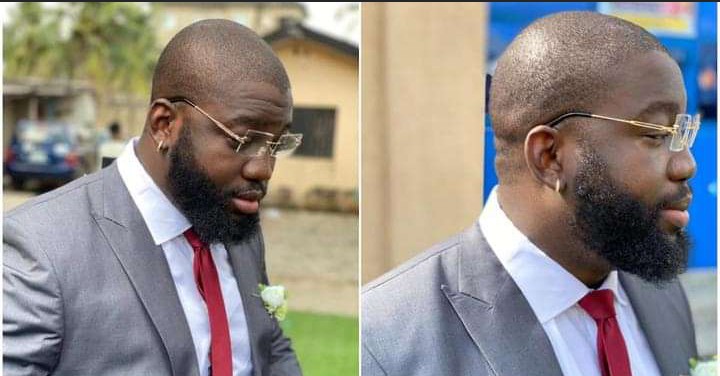 Opeyemi
A groomsman who was sent out of a church for wearing earring has shared the story.
Nigerian man, Opeyemi narrated how a Baptist church asked him to take off his earring while he was on a groomsman duty in the church, but he refused.
According to Opeyemi, he left and waited for his friend who fully backed his decision at the wedding reception and there is a mixed reactions about his decision as many wondered why he could not just take them off for a few hours.
Opeyemi, narrating the encounter, he said that he was at a Baptist church in Lagos as one of the groomsmen for his friend’s wedding when he was asked to pull off his earrings, adding that he left the service immediately for the reception as he would never follow such dogma.
He, therefore, used the opportunity to lambaste Nigerians version of Christianity. When people told him that he ought to have honoured his friend and acted accordingly, he said his friend was in full support of him.
"Reverend Later Apologizes But Groom's Best-Man Felt Wounded Already After Disgrace When Driven Out Of Church For Wearing Earrings To Friends Wedding Ceremony.
It was later revealed that the reverend who drove the groom's bestman out of the church ground for putting on Earrings to his friend's wedding ceremony, later apologized for the public embarrassment he baptized Opeyemi with.
The apology came after the groom's bestman, Opeyemi had stayed outside the church for hours till the end of the wedding ceremony which eventually deprived him of discharging his duty to which he was contacted, prepared and came for.
It would be right to say that the apology did not go well with the victim but could not let his feelings known at that moment due to the respect he had for the clergyman which led him into faking a smile in a captured photo with him and the said reverend. This he did not to ruin the happiest day of his beloved friend.
While expressing how he felt after the event had ended, the embarrassed groom's bestman took to his social media handle to drag the Baptist Church Reverend and Christiandom as a whole.
Inline with this, reactions have started trailing the media space as to the right and wrong aspect of this incident which took place on Saturday, 2nd of October, 2021 at Baptist Church, Isolo area of Lagos State.
The guy said
Why apologizing when he knew what he did was right??
Does it mean he knew that he went too far??
My people how una see the mata?" 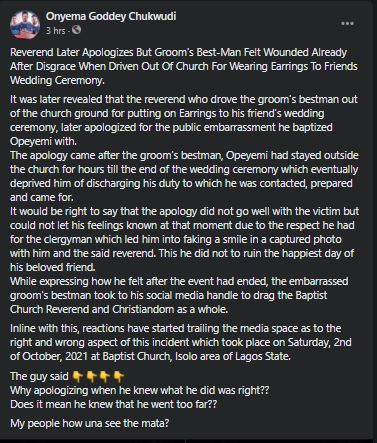 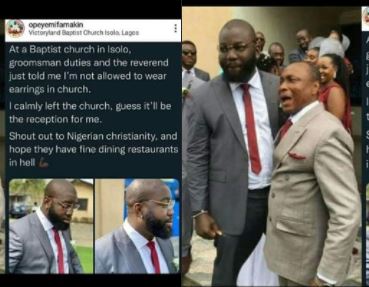