The programme according to the federal government is aimed at employing 774,000 citizens across the country’s local government areas. 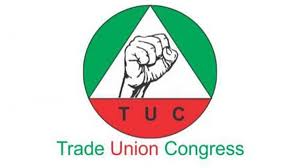 The Trade Union Congress (TUC) has described President Muhammadu Buhari's Special Public Works Programme as a scam.
The programme according to the federal government is aimed at employing 774,000 citizens across the country’s local government areas.
However, TUC claimed that the scheme is a scam designed to manipulate Nigerians.
President of TUC, Quadri Olaleye, stated this at the World Day for Decent Work 2021 organised by Association of Senior Staff of Banks Insurance and Financial Institutions (ASSBIFI) with the theme “The New Normal: Occupational Health and Safety Challenges Presented by New Technologies.”
Minister of State for Labour, Festus Keyamo, had in July announced the commencement of the scheme which ensures a thousand job for each of the 774 local government areas in the country.
Olaleye, however faulted the minister’s claim saying: “I have not seen anybody who has been employed since the government announced the commencement of the 774,000 jobs. This is a scam.”
The labour leader who queried the rationale for employing university graduates as grass cutters under the scheme, said what the government considered as job creation in the 774LGAs was a negation of jobs in the perspective of the International Labour Organisation (ILO).
He therefore charged the government to create the enabling environment for the private sector to create quality jobs for citizens, rather than dissipate time and resources on the 774,000 jobs scheme.
ASSBIFI President, Oyinkan Olasanoye, tasked the government to use its power under the exclusive legislative list to stop the deliberate violation of minimum conditions of employment by states, corporate and multinational organisations.
“It is slave labour and unhealthy to engage a graduate of five years or a post-graduate on a salary of 15, 000 per month. The thought of such a job in the morning is in itself unhealthy and hazardous,” she said.
Emphasising the impact of COVID-19 on jobs, she said the International Trade Union Confederation (ITUC) in collaboration with affiliates and other concerned organisations is encouraging the urgent creation of millions of jobs to boost recovery from the effects of COVID-19 and ensure future resilience.
She also implored employers to pay for COVID-19 test for their workers who are yet to take the vaccination.
Top Stories