It was gathered that the fake policemen were kidnappers who pretended to be law enforcement officers. 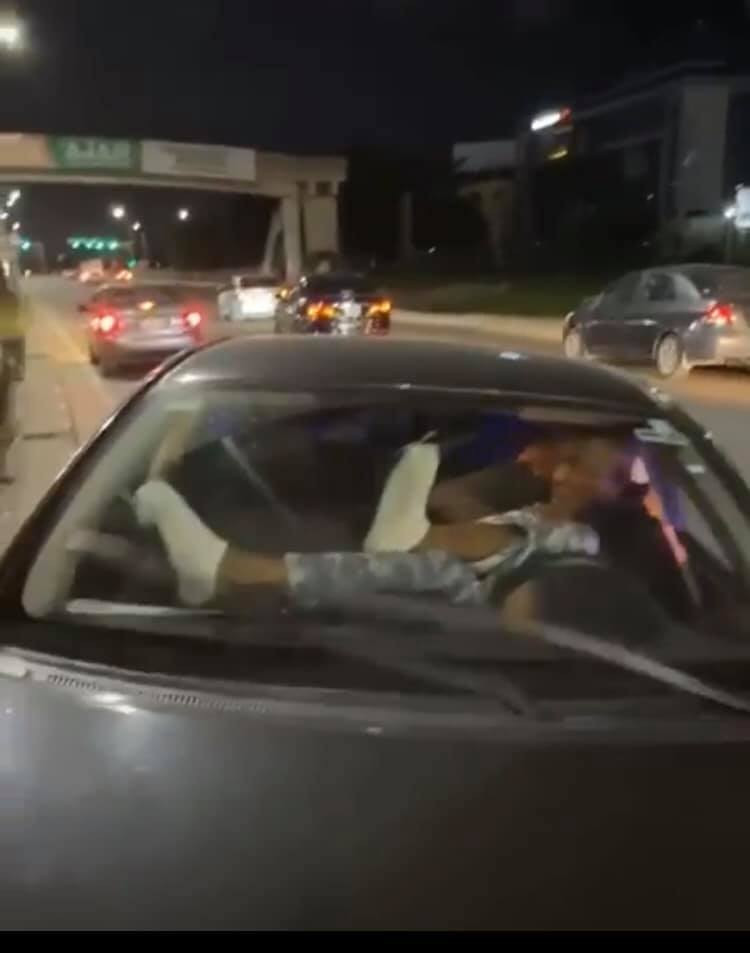 Scene of the incident
Some fake police officers have gotten more than they could chew after meeting the wrong driver.
The driver wrestled the fake policemen after they insisted on driving his car to the station.
It was gathered that the fake policemen were kidnappers who pretended to be law enforcement officers.
After going through his car’s documents and boot, they insisted on driving his car.
Ubi Franklin revealed that the victim is a friend’s nephew. The victim was said to have sensed something off about the men after they shouted him down and insisted on being the ones to drive him to their station after a search around 11pm on Friday October 8 in Lekki area of Lagos state.
While some of the men entered the car, they signaled others who were in a black car to drive behind them.
After the victim’s survival instinct kicked in and pushed him into grabbing the steering and bashing an oncoming vehicle to make his stop, those in the car fled except one of them who was driving. The black car following them also sped off.
The man who the victim wrestled, was then dragged to the police station where he told his story.