Niyola Opens Up On Why She Left Nigeria


In an exclusive interaction with seasoned Nigerian journalist Chude Jideonwo, Niyola who has left relocated to Los Angeles explained her decision. 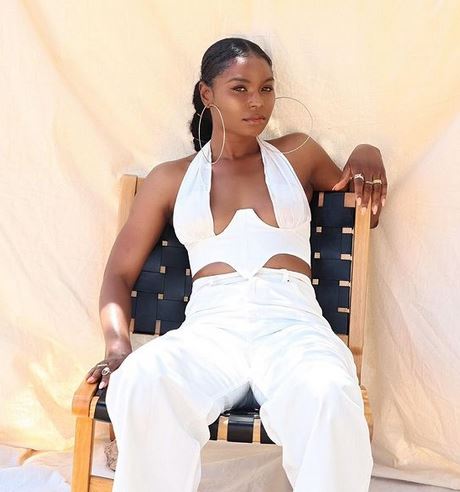 Popular Nigerian singer and actress, Niyola has opened up on why she left Nigeria for the United States of America.

In an exclusive interaction with seasoned Nigerian journalist Chude Jideonwo, Niyola who has left relocated to Los Angeles explained her decision.

''Living in a place like Nigeria, there are certain factors that would suppress you. Naturally, you would be in a place and you would want to impress rather than express. So what you wanna say, you watch what you say because you don’t want to come off as a person who has a different opinion all the time, and there’s nothing wrong with that.

But we live in a country where everybody thinks that everybody has to do the same things and these were things that affected me over time without me even realizing it. I think moving out of Nigeria did a great deal for me.

So I moved to L.A. I moved to L.A. primarily because I was sick, I’m not gonna lie, I was sick of being here. I felt like there was a ceiling over my head. I can’t get past this space. Like how do you grow in a place where you haven’t even discovered a quarter of yourself but it’s too much. How do I find the best version of myself if I cannot even be the best of me yet? I felt that I needed to get out and be in an open space and fly free. And that’s why I left. Coupled with the fact that obviously when my mum passed, I just needed to get away from everything.

So there was something that really really took my interest and I said I always wanted to do. I wanted to go back to school to study film scores. I love film scores. I could listen to film scores like the entire day, it doesn’t need to have words.

Like watching a movie and being able to determine a certain mood or feel by creating sound that would determine what the mood of a particular scene of a movie is, it would intrigue me and I love watching animations a lot. When I would watch all these movies, I’ll be like ‘why can’t we do this?’ and I said I was going to go study that.

But I didn’t want to go to Berkeley because Berkeley was in a cold area and I don’t like cold so I decided to move to L.A. So I moved to L.A. (Los Angeles) and it’s been great.''