In a statement by Alagbonsi Abdullateef, the Coordinator of the group, ENetSuD said it is unfortunate that the governor is associating the group with the opposition and questioning its integrity. 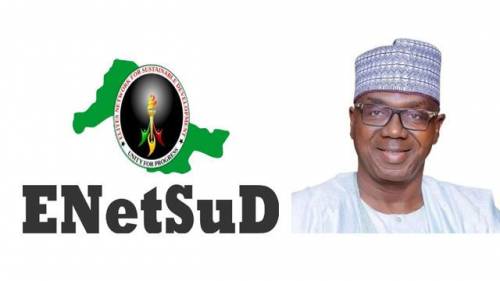 Elites Network for Sustainable Development (ENetSuD), a civil society organisation, has debunked claims made by the Kwara State Governor, AbdulRahman AbdulRazaq associating it with opposition parties in the state.

In a statement by Alagbonsi Abdullateef, the Coordinator of the group, ENetSuD said it is unfortunate that the governor is associating the group with the opposition and questioning its integrity.

The CSO was reacting to a statement credited to the governor in a news report. In the interview, the Governor was quoted as saying, “The first step was to invite a CSO [ENetSuD] to join us. We took all our files and gave it to them. From tender documents to payments, there is nothing to hide. But we’ve noticed that what the opposition is doing now is to use the CSOs to attack us because they know that they cannot attack us because they don’t have the locus to attack us.

“So, they are attacking the government on water, what did you do on infrastructure? What did you do? So the more CSOs we open up to, the more attacks we get from them. It’s making us to say, fine. Instead of dealing with CSOs, let’s deal with communities. Let communities take over their projects and inspect their projects. It’d be nice to become Number One on the transparency index, but it’s a tough challenge.”

The group, however, said it was not working for any government but for the public, albeit in partnership with the government.

"That the opposition political parties use our reports to criticise the government does not make us being (sic) used by the opposition," it said as it queried why the governor had not made the allegation when he was in the opposition.

The statement reads partly, “Our attention has been drawn to the recent interview of Governor AbdulRahman AbdulRazaq of Kwara State by Thisday Newspaper where he made comments on the Transparency efforts of his administration using Social Audit as a case study...

“We wish to state that while the intention of the Governor to initiate Social Audit in Kwara was novel and commendable (which informed our decision to partner with the government and accept the initiative), he has not been able to sustain it for reasons best known to him.

“It is rather unfortunate that the Governor has started associating us with his political oppositions. It is a statement that we never expected from a great personality like His Excellency, AbdulRahman AbdulRazaq. We will continue to assume that he might have been quoted out of context by the media platform.

“Opposition is a part of the public and constructive criticism is part of democracy. We do not have any control over what anybody (including the opposition) uses our report for.

“We wonder who was using us among the actors of the present administration (who were in opposition then). Was the Governor, who was the opposition candidate then, also using us?

“He knows inside him that the answer is NO, as we never had any relationship with him or other actors during that period. At that time, the past administration was also alleging that we were working for the opposition (now in government).

“We do not understand why the Governor is feeling disappointed in the opposition’s actions, as he (and his party) had also done the same before the 2019 election. However, posterity will judge us.

“The singular fact that neither the government nor the opposition is able to claim ownership of ENetSuD is a clear indication that we are not for any of them, but only for the Kwara citizens. This is a fulfilment for us.

“What we expect the Governor to be informing the public (about) now is the actions his administration has taken on all the 5 projects that our Social Audit reports have alleged various forms of corruption.

“On the 5 projects we have audited whose total contract sum is worth ₦7,276,945,817, we have reported questionable spendings worth over ₦970 million. For instance, we queried ₦751,551,647 that was padded into the Bill of Engineering Measurement and Evaluation (BEME) of Ilesha-Baruba-Gwanara Road to inflate its contract sum.

“The queried items worth ₦107,803,155 on Geri-Alimi underpass is there. Lastly, we recently reported how the contract sum of Government High School, Ilorin was inflated with the insertion of irrelevant items worth ₦40,530,208.

“As at the time of writing this statement, the administration of Governor AbdulRahman, despite being the initiator of the Social Audit that we sincerely executed out-of-pocket without collecting a kobo, has neither informed nor updated ENetSuD (and the general public) about what the government has done on all these corruption-related allegations amounting to over ₦970 million.

“However, this will not stop us from taking other lawful steps to ensure that further actions are taken by the relevant anti-graft agencies at the appropriate time on all the financial crimes we have noticed on these (and other) projects if there are facts that no action is taken by the government. It is a matter of time and we are waiting.

“We wonder how a government that initiated Social Audit in good faith and sought partnership with ENetSuD (an anti-corruption Civil Society Organisation) will receive reports of our Audits and keep mute on the reports and actions that have been taken so far if any. To the best of our knowledge, we do not have a piece of official information on what the government has done to address these allegations in our reports.

“He may choose to use the actions he has taken so far on our reports to convince the public that he is truly ready to fight systemic corruption. The simplest way to win the public sympathy and trust and silence the opposition is to provide empirical evidence (to the public) that the alleged corruption has been satisfactorily addressed by the government.”