Armed bandits collected a multi-million naira ransom before they released the Emir of Bungudu in Zamfara State, Hassan Attahiru, family sources have said. 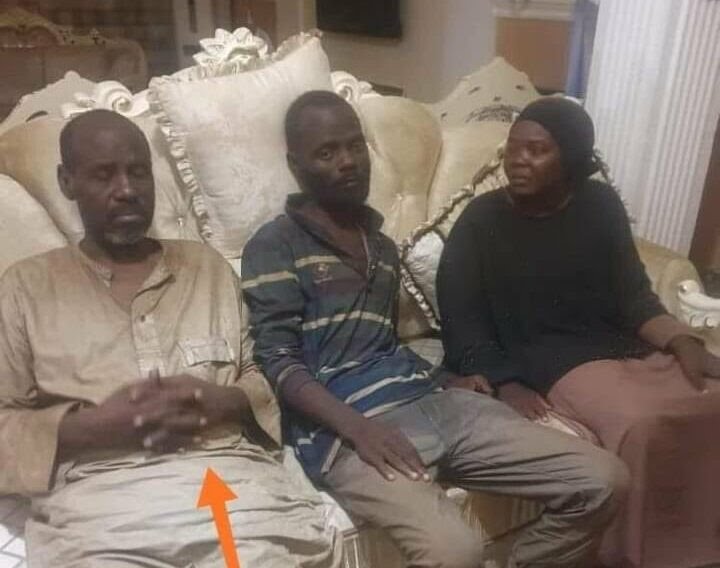 Emir of Bungudu after his release
A report by Premium Times has detailed how notorious bandits negotiated and collected over N20 million ransom before releasing the Emir of Bungudu.
The media organisation said it spoke to family members of the released the Emir of Bungudu in Zamfara State, Hassan Attahiru.
The bandits successfully negotiated the ransom with emirate officials despite the shutdown of telecommunications in the state. The ransom included a first payment of N20 million, after which the bandits refused to release the emir until they were given more money.
The Emir of Bungudu was kidnapped on the Kaduna-Abuja highway while travelling to Abuja. The Bungudu Emirate Council on Monday announced that he had returned home, 32 days after his kidnap.
The emir was abducted two weeks before the Kaduna State government asked telecommunications firms to suspend their services in part of the state from September 30.
The measure, which was aimed at checking the activities of bandits, was also adopted by the governments of Zamfara, Katsina and Sokoto states.
However, the absence of telecommunications services in Kaduna temporarily disrupted the negotiation and delayed the release of the emir.
Family sources told PREMIUM TIMES that negotiation began before the cut of telecommunications networks in parts of Kaduna State but continued afterwards until the emir was released.
The source said following the networks’ shutdown, the bandits moved to areas where they could access mobile telecommunications services and continued pressing their demands.
However, they could not connect the monarch with his loved ones and officials on phone as they usually did when they could access services from their strongholds.
“We stopped speaking with the emir on the phone after the government announced the networks’ shutdown in certain areas, until he eventually regained freedom,” one of the family members who spoke to this newspaper, said.
How ransom was delivered
The sources said the bearer of the N20 million initially paid rode on a motorcycle for about three hours from Rigachikum town to the forest and trekked for another hour with the bag containing the money
“Then, communication between the ransom bearer and the bandits broke with the bandits’ phone numbers no longer accessible, so the ransom bearer returned to Kaduna with the money. However, upon his arrival in Kaduna, the bandits called and asked him to return to the forest with the money.
“When the ransom bearer moved further into the forest, he was asked to park his motorcycle at a certain place. The bandits were calling to give him direction until he delivered the ransom in a thicker forest covered by creeks,” the source said.
The source said after collecting N20 million from the ransom bearer, the kidnappers refused to release the monarch, demanding more money.
“The kidnappers had demanded a N100 million ransom. The negotiation was going on when the networks were cut in parts of Kaduna.
“The second ransom payment was also huge but I cannot ascertain the amount.
Following the intervention of Miyetti Allah and others, the bandits agreed to free the monarch. But more ransom was paid,” the source said.
“Upon his release, the emir trekked for about three hours in the forest before reaching a place where he was picked with a motorcycle and brought to where vehicles were parked waiting for his arrival" the source concluded.
Top Stories