The Pastor was said to have deflowered the girl and got her pregnant after the act. 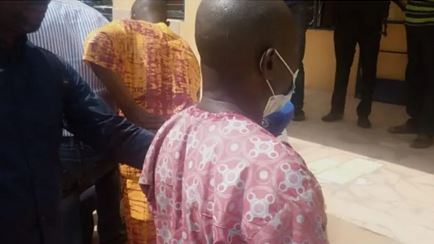 The Ondo state police have arrested a 61-year-old pastor for defiling a 16-year-old girl.

The Pastor, Ajayi Famakinwa, was said to have deflowered the girl, Oluwatosin Ilesanmi and got her pregnant after the act.

The crime was committed in Ogbese area of Akure North Local Government area of the state where the pastor and the victim were residing.

Famakinwa, who confessed to have had sex with the girl was accused by the victim of engaging in the act in an open market with her in the community after deflowering her in his house.

Speaking on the development the Police Public Relations Officer, PPRO, in the State, DSP Funmi Odunlami stated that the victim claimed that she was lured under the guise of cleansing her spiritually.

The PPRO added that the suspect would be charged to court after the completion of investigation.

If Kayamata Is Not Working On You, How Can A Little Girl Of 21 Control You - Jaruma Slams Ned Nwoko (Video)
Recent Stories