The actress also gave her two cents about the trending issue that had elicited a lot of responses online and offline. 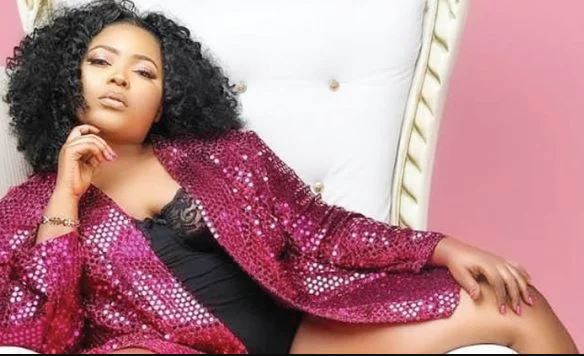 Amara Maduka, the Nollywood actress, has stated that those criticising Tiwa Savage over the release of her alleged s*x tape are hypocrites.

Speaking with SUNDAY SCOOP, the actress also gave her two cents about the trending issue that had elicited a lot of responses online and offline.

She said, “I think the people criticising Tiwa Savage are hypocrites. Everybody has sex, so what is the big deal? People just like to see others down and it is crazy.  I discovered that it is mostly the women bashing her. They are the ones doing the most but will act holier than the pope. S*x is a natural thing given to man by God to enjoy.

"Why is Tiwa’s case any different? Because she is a public figure? Let’s not forget the low-life of a man who shared a woman’s video in her most ‘vulnerable’ state. What does that make him? I hope she got a good orgasm at the very least for all the troubles but I’d doubt that he made that happen for her. Because she was helping herself alongside.”

The curvy actress also stressed that the Somebody’s Son’s crooner handled the scandal well. she added, “Yes, I think Tiwa Savage handled the matter graciously like the queen that she is and will forever be. If I am in her shoes, I will handle it just as graciously as she did by paying no mind to the attacks and minding the business that pays me.”