He said they took him to their station and forced him to sit on bare floor, and a few minutes later, they called him to a corner and demanded a N500,000 bribe. 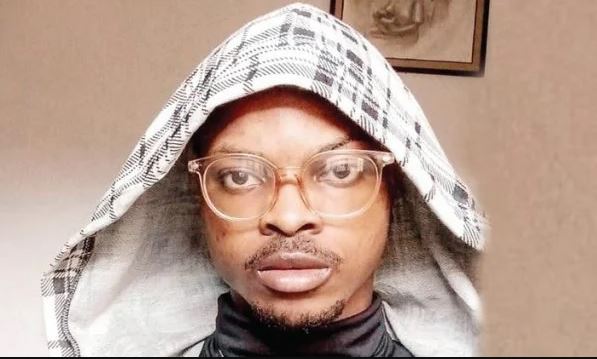 Kenneth Omovevah, a young contortionist and singer, has narrated how he was allegedly abused by officers of the Nigeria Police Force two times within three days, according to The PUNCH.

In an interview with SUNDAY SCOOP, Kenneth, otherwise known as Kenophoenixuniverse, said, “On my way to Lekki, a suburb in Lagos State, on September 26, some police officers ordered me to get off the cab I was in, after inspecting the cab driver’s document and finding nothing incriminating. They asked for my phone and saw an intimate chat I had with a foreign number, so they accused me of being into Internet fraud. They said I was finished, that my life was over and I would  die and rot in jail after spending several years there. It was really a scary moment for me, so I had to follow them to their station without being defensive.

“They took me to their station and forced me to sit on bare floor, and a few minutes later, they called me to a certain corner at the station and demanded a N500,000 bribe to let me go. I shouted that I couldn’t afford such an amount of money, so they dropped it to N100, 000. When I refused and told them that I could only afford N10,000, they threatened to illegally lock me up, I pleaded with them and offered them N20,000 but they refused. I further pleaded that they should accept N35, 000, and they accepted.  I had to borrow the money from an online loan application. They returned my phone which had been earlier seized by an officer at the point of arrest. They also gave me N2,000 after I complained that I had no money on me to go back home.”

He said, “I came across the same set of police officers again two days later another police officer who wasn’t with them the last time I was assaulted and extorted forced me to get down from a cab and was already harassing me before his colleagues who recognized me asked him to let me be.