The minister said the move was to salvage foreign exchange and potentially earn more from the oil and gas industry. 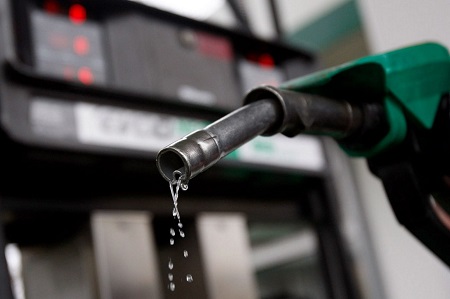 Plans by the federal government to stop petrol subsidy might make petrol price of petrol in Nigeria to jump from the current price to as high as N300 per litre.
Recall that the Federal Government of Nigeria had announced that petrol subsidy will be stopped starting from the second half of next year.
The Minister of Finance, Budget and National Planning, Zainab Ahmed, revealed this in a statement made available to the public on Monday.
According to Ahmed, the Federal Government only made provision for petrol subsidy till the end of June next year after which deregulation will be imminent.
The minister said the move was to salvage foreign exchange and potentially earn more from the oil and gas industry.
Naija News reports that the revelation was made after the World Bank had condemned the continued spending by the Nigerian government on petrol subsidy, which it said is on track to gobble up N2.9tn this year.
Speaking yesterday at a panel session during the 27th National Economic Summit, World Bank Director for Nigeria, Shubham Chaudhuri opined that the whooping sum spent yearly by the Nigerian government on petrol subsidy could channel to primary healthcare, basic education and construction of rural roads.
Chaudhuri decried the fact that the Nigerian government will this year only, spend N2.9tn on PMS subsidy.
The reported figure to be spent on subsidy this year is more than what the government spends on health sector.
Further condemning petrol subsidy, World Bank likened Nigeria to a malnourished individual needing urgent treatment.
Chaudhuri said critical decisions need to be made now for the country to realise its potential.
He said, “I think the urgency of doing something now is because the time is going in terms of retaining the hope of young Nigerians in the future and potential of Nigeria. The kinds of things that could be done right away – the petrol subsidy; yes, I hear that six months from now, perhaps with the PIA(Petroleum Industry Act) coming into effect, this will go away.
“But the fact is can Nigeria even afford to wait for those six months? And there is a choice: N3tn to PMS subsidy which is depriving states of much-needed revenues to invest in basic services.”
Speaking in support of subsidy deregulation, the Chairman, Presidential Economic Advisory Council, Prof. Doyin Salami, said he had argued for a long time that subsidy needed to go.
He said, “With the PIA essentially it makes illegal petrol subsidy and yes, there is a period where NNPC and the new regulatory agencies must calibrate themselves, but at the end of this period – and I think it is about six months, which explains why the minister has said for the first half of the year, there is provision.
“My view will be if we could get it done sooner than that, it will be excellent. It releases money. The key point is simply this: we are now, any which way, at the tail end of that conversation, except if we choose not to obey the law. My sense is we will obey the law and subsidy will be gone.”
This was hinted at in the recently approved Petroleum Industrial Bill, PIB by President Muhammadu Buhari-led government.
This is as market forces will now determine the selling price of petrol in Nigeria.
Top Stories