According to the apex bank, it wanted to probe the source of forex used by the firms to buy foreign securities and cryptocurrencies. 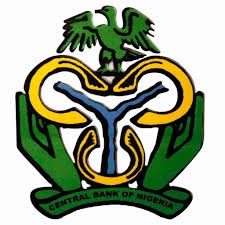 An order has been given by Justice Taiwo Taiwo unfreezing the bank accounts of Bamboo Systems Technology, Rise Vest Technologies and four other companies.
The other firms are Chaka Technology, Trove Technologies and CTL/Business Expenses and another company related to Bamboo Systems.
The Central Bank of Nigeria accused the firms of sourcing foreign currency illegally to buy foreign securities and asked the court to freeze their accounts for six months.
According to the apex bank, it wanted to probe the source of forex used by the firms to buy foreign securities and cryptocurrencies.
Justice Taiwo ruled that the central bank’s order relied on a circular to banks, which was not supported in law.
“The interim order freezing the accounts of the (companies) is hereby vacated,” Taiwo said.
Taiwo ordered Zenith Bank and Guaranty Trust Bank, which hold accounts for the companies, to “immediately unfreeze” the accounts and grant them “unfettered access” to the accounts.
In February, the central bank barred financial institutions from dealing in or facilitating transactions in cryptocurrencies.
But crypto use is thriving in Nigeria, where many are using it for business, to protect their savings as the Naira loses value, and to send payments abroad because it is often hard to obtain U.S. dollars, experts and users say.
Top Stories