The group had petitioned the Economic and Financial Crimes Commission (EFCC), accusing Nuhu of financial misappropriation and calling for his probe. The group also alleged that he had been abusing his office. 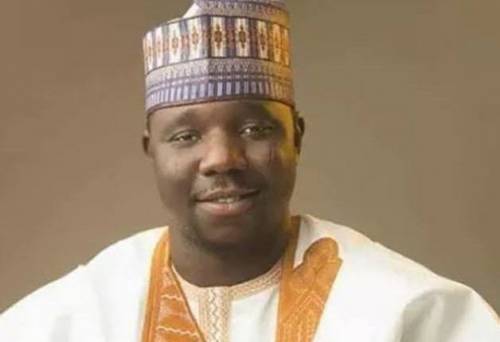 According to SaharaReporters, a petition by the Youths Rights Against Corruption (YRAC) has made some revelations about the impeached Speaker of the Plateau State House of Assembly, Abok Ayuba Nuhu.

The petition revealed that the impeached Speaker bought a bullet-proof car at a market value of less than N100 million and inflated its price to N300 million to embezzle public funds.

The group had petitioned the Economic and Financial Crimes Commission (EFCC), accusing Nuhu of financial misappropriation and calling for his probe. The group also alleged that he had been abusing his office.

The Executive Director of the group, Comrade Abednego Musa, in the petition titled “Petition Against Plateau State House of Assembly Speaker, Nuhu Abok Ayuba On Gross Financial Misconduct, Criminal Breach Of Public Trust And Abuse Of Office,” had asked Nuhu to immediately step down from his position, pending the completion of the EFCC investigation.

Ayuba was also accused of using fictitious companies as fronts for the supply of 50 trucks of fertiliser and fleecing of N375 million public funds.

The petition stated, “Purchase of a bullet-proof car at a market value of less than N100 million and the inflation of its price to N300 million. Apart from being inflated by a whopping 200%, the purchase of the vehicle was done in a questionable manner contrary to procurement acts.

“Payment of humongous allowances of N150 million as Basic Travelling Allowances (BTA) for members of the Assembly with neither prior discussion with members nor official approval by the House.

“Compromise of operational procedures, creation of an extra-legal hierarchy and privileging cronies at the expense of the system. This is by far the greatest calamity to befall the Lagos House of Assembly to Plateau State House of Assembly under Abok’s watch.

“Collected N500 million laundered funds through a suspended Chairman of APC to recruit innocent House members to destabilise the state and make the state ungovernable through an induced crisis."

The petition said it would amount to a breach of public trust if the allegations against the impeached Speaker were not investigated.

Nuhu was impeached on Thursday during plenary after 16 out of 24 members of the Assembly voted him out.

He has been replaced with Sanda Yakubu, who hails from the Pingana constituency of Bassa Local Government Area of the state.