His brother, Ikechukwu, speaks about the family’s grief and their search for justice in this interview with GODFREY GEORGE. 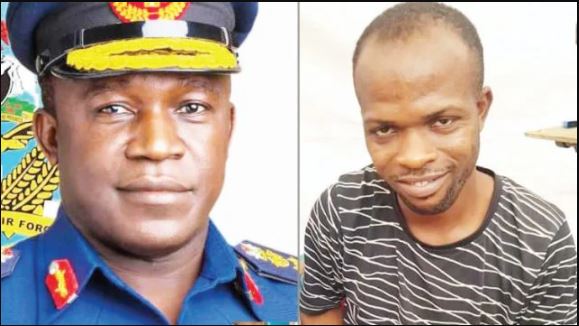 A 31-year-old Nigerian man, Ifeanyi Kalu, was allegedly knocked down by an Air Force vehicle in Lagos recently.

His brother, Ikechukwu, speaks about the family’s grief and their search for justice in this interview with GODFREY GEORGE

My name is Ikechukwu Kalu. I am 34 years old. I am a graduate of Social Studies Education from Abia State University, Uturu.  I am from Eziafor Ohafia, Abia State. Currently, I am unemployed. The deceased, Ifeanyi, is my younger brother. He was born in July, 1990 in Lagos. He clocked 31 in July this year.

What really led to his death?

On October 20, 2021, we were together in the house watching the #EndSARS memorial protest live on one of the news channels. We were watching it till about 12pm when he told me that he had an appointment with a school at Ilupeju. He said he had to be there. My youngest brother, Kelechi, told him not to go because of how the situation of the state was with the memorial walks and all that. Ifeanyi said since he had a commitment with the school, he wouldn’t like to disappoint them. My brother is the kind of person that once he has booked an appointment with you, he wouldn’t break it. If he wasn’t down for it, he would tell you straight up that he was booked and wouldn’t be able to do the job. So, he left that day. Later on, I got a call that he was dead.

It was my other younger brother, the third son. We are four boys. I am the first son. He said his (Ifeanyi’s) friends called him to tell him that his brother was dead. He said he was confused and didn’t know how to react to the news, so he called me. He told me, “Brother, do you know that Ifeanyi is dead?” I thought he was joking so I told him to get serious, that death was not something people joke with. He repeated the question two more times; that was when I knew the situation was a serious one. I was wondering how someone who left the house a few hours before would be dead. I asked him, “Was he involved in an accident? Did he break his leg or head? He cannot just die like that. I was with him here.” He told me that he was looking at his body right then at the mortuary at the Air Force Base. He said the Air Force officers requested my presence.

Why was his body taken to the Air Force base mortuary?

When we got to the Base, I asked them what happened to my brother, and one of the officers said, “Our car brushed him!” I was like, “What do you mean by that?” He said, “Our vehicle brushed him and a danfo that was coming then crushed him.” I didn’t buy the story. It sounded too unreal. So, I went to the scene of the incident to make an inquiry and a ‘vulcanizer’ who witnessed the incident said the Air Force vehicle hit him and the impact was so hard and they pushed him to an oncoming vehicle that ‘finished the job’. This happened in between Anthony Bus Stop and Obanikoro, around the Sterling Bank there.

Was he on foot?

Yes, he was trekking, because where he was going was very close to the Sterling Bank. The school, Temple Gate School, was just nearby. The overhead bridge was very far away. There was no way he would have trekked to the overhead bridge which was kilometres away only to trek back again. So, he had to cross (the road). This is a place he went to frequently to teach the kids cultural dance, so he knew how to navigate the area.

When you found out that the version the Air Force told you and the one you got from an eyewitness were different, what did you do?

They told us that they had reported the case to the Ilupeju Police Station. On getting there, one Inspector John Iheoma told us that the Air Force officers were just passing by, saw his body on the streets and picked it up out of compassion. The story was just funny, because the people who did it said they did it, so hearing the IPO say this made me even more bewildered. Afterwards, we went to meet the DPO of the station and told him we had a recording of an eyewitness stating what happened on that day. Inspector John said that the blood they saw was on the expressway, not on the BRT lane as we claimed. The DPO said the statements were contradictory. The Provost of the Air Force was contacted and he admitted that Ifeanyi was knocked down by their vehicle. He said he had already sent a signal to give his version of the story.

What happened next with this confirmation?

The DPO advised them to engage in talks with us to know our demands and whatever conclusion is reached, he should be told. My family lawyer wanted to write to them but we said we should give them some time since it seemed like they were cooperating. We had a meeting at the Air Force Base with my 71-year-old father and three pastors. We stated our demands for the burial and for them to give us compensation to help ameliorate the suffering of the family since Ifeanyi was the breadwinner before his death. That day, the Provost, Mr Attech, told us that he would get back to us after reaching out to his bosses. This was on Friday. I was surprised when I got a call on Monday (October 25, 2021) to say the Air Force said what they could do was to give the family N200, 000. They said it was for both his burial and compensation, that they could not do more than that.

What was the family’s reaction to this?

My father got angry and his health has begun to deteriorate. We, as a family, want justice. The Air Force should handle his burial and give us a reasonable  compensation. I know there is nothing they would do to bring back his life, but we need something that will make the family cope. We want justice for Ifeanyi.

Where is his body now?

His body is still at the Air Force Base.

I also learnt that your mom recently passed in August, how is the family handling all of this?

Her body is still in the mortuary. It has been so devastating for the family. You cannot imagine what we are going through in the family. My father cannot concentrate. At his age, he is still working. He repairs refrigerators and air conditioners. You can imagine that old man doing all that heavy lifting just to make sure he augments the income Ifeanyi was bringing. He is also hypertensive. I don’t want him to die. I am scared. Our lawyers said he would petition the Air Force in Abuja.

How is the family coping after his death?

My brother was everything to us. He was our all in all. He was a very creative young man who found a niche in cultural dance and performance and was excelling in that. He didn’t smoke or drink alcohol. All he was concerned about was his arts, culture and dance. He told us to not beg for things we could work with our own hands to get. For him, as far as he was able to, he would do anything legal to make sure there was food on the table for the family. Before his unfortunate death, he had applied for a diploma programme at the University of Lagos, Akoka. He could not further his education because, even as my younger brother, he was the one providing my school fees and those of my siblings and also taking care of our parents.

He also used to rent costumes for schools and organisations that wanted to organise cultural displays. He had a troop called Dacrismofa Entata. They were involved in training school pupils. He also dances professionally for people who need his services. This was how he was surviving, footing all the bills in our family. It still looks like a dream.

He had a fiancée he was planning to marry next year. He also had plans to travel out of the country by January or February next year. He was in the final stages of getting the documents ready before they cut his life short.