According to the CMD, the Vision Care team had been visiting the hospital for last 10 years and had transferred their skills to personnel of the hospital. 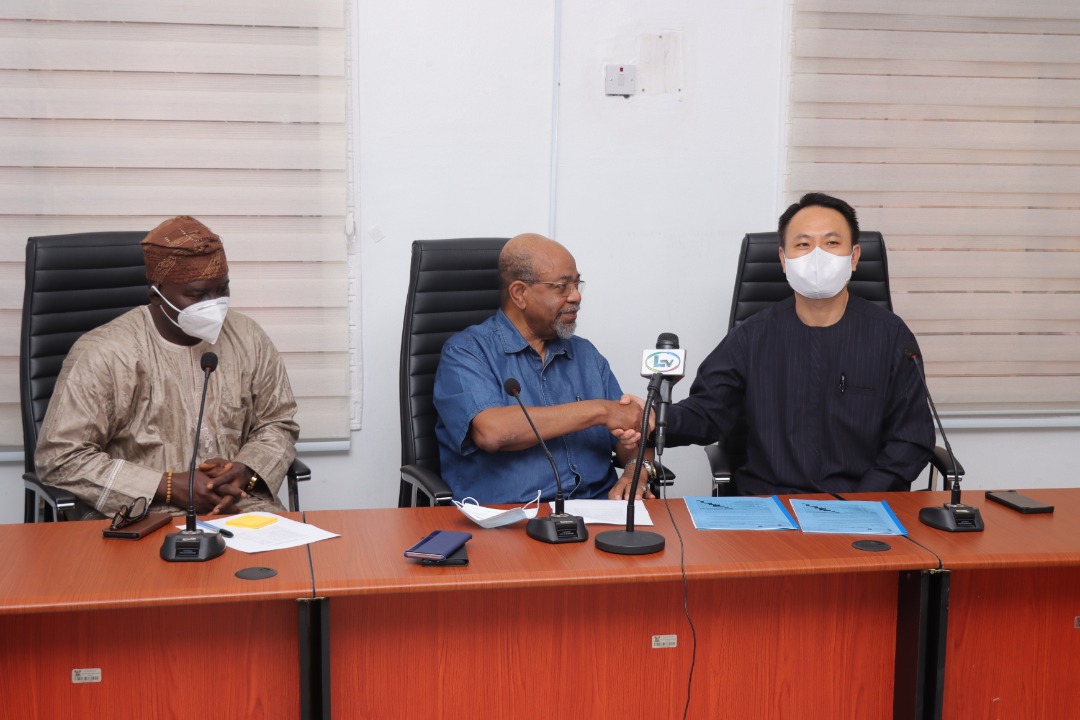 The Lagos State University Teaching Hospital (LASUTH) and its partners have planned to conduct free eyes cataract surgery to 100 patients, toward restoring their visions, according to LASUTH Chief Medical Director, CMD, Prof. Adetokunbo Fabamwo.
The CMD, who disclosed this at a tripartite signing ceremony on Friday, in Lagos, identified the partners as: Vision Care team from South Korea to provide technical supports, while Daewoo E&C would provide the funding for the surgeries.
According to him, the Vision Care team had been visiting  the hospital for last 10 years and had transferred their skills to personnel of the hospital.
“For the first time, the surgery will be done by our personnel; in previous years the Vision care team had been performing the surgery while our own personnel observed.
“In the last three weeks, we have carried out screening and have selected eligible patients for the exercise.
“We are hoping that this would be a regular intervention, as it would be of immense benefit to Lagos citizens and in tune with the state government’s agenda to provide affordable healthcare to its citizens”, he said.
Fabamwo commended the two partners for their support and expressed pride over the achievements recorded by the hospital’s Ophthalmology Department.
He described the department as “one of the most active and productive in the hospital that had been forging ahead and looking for advanced skills and technology to carry out its work.
“It’s actually the busiest department as they handled 1,500 to 2,000 patients monthly.
“We are grateful to them and will keep supporting them, with training and equipment, to enable them take greater strides,” the CMD said.
Also speaking, Prof. Bola Adekoya, Head of the Ophthalmology Department at the hospital, said that recent research had shown that a quarter of Nigerians had one form of visual impairment or the other.
Adekoya said that cataract was the leading cause of blindness in the country, stating that one million people were estimated to be affected with blindness among the populace.
She added that cataracts represented 43 per cent of cases of blindness in the country.
“The good thing is that cataract is treatable, to prevent avoidable blindness, however, many Nigerians stay away from the surgery, probably due to the financial implications.
“This is a good opportunity for such people to benefit from this intervention,” she said.
The ophthalmologist said that beyond the operations, post surgical care would be provided to the patients for three months or more and would also be given free drugs.
Adekoya identified glaucoma as another common eye disease that had been causing injury and infections and  advised for regular eye screening and the use of protective glasses to prevent eye injury.
She said that diabetes retinopathy was another cause of emerging blindness in Nigeria and advised citizens to avoid sedentary lifestyles and maintain healthy diets.
Commenting, Mr. Yeon Jung, Executive Director, Daewoo E&C Nigeria, said that the sponsorship of the cataract surgery was part of the company’s corporate social responsibility programme.
Jung said that the firm had partnered with Vision Care to provide free cataract surgeries not only in Nigeria, but in some other countries to reverse avoidable blindness.
Top Stories