Parwana Malik, nine, is being sold by her parents to a stranger who the youngster describes as an 'old man' due to his white beard and eyebrows. 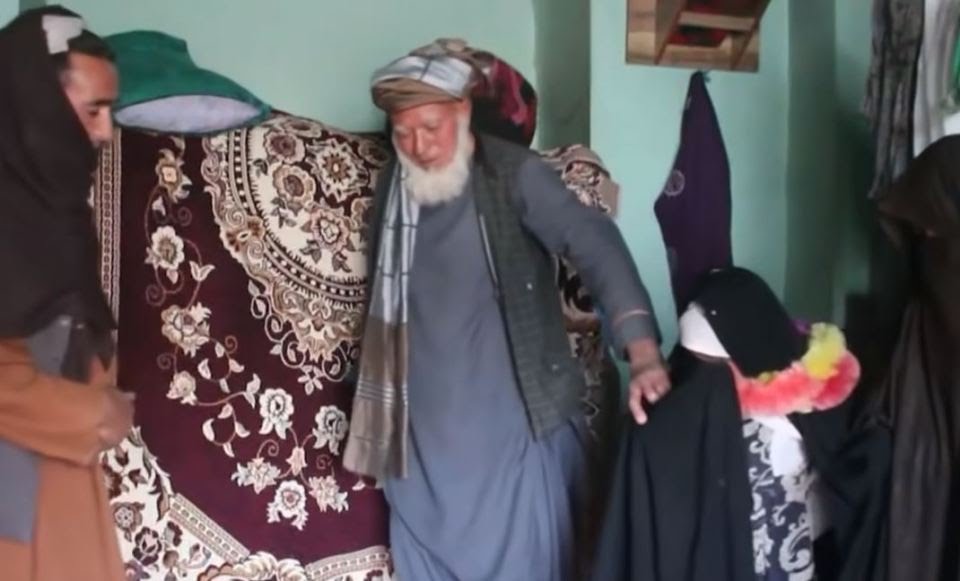 Afghan father sells daughter
Following the takeover of Afghanistan by Taliban, things have gone from bad to worse.
A new report from the country shows that parents are now selling their children just to survive.
Read the full report by CNN:
An Afghan father who has been forced to sell his nine-year-old daughter to a 55-year-old man as a child bride so he can buy food has pleaded for his child's new husband not to beat her, the Cable News Network reported on Tuesday.
Parwana Malik, nine, is being sold by her parents to a stranger who the youngster describes as an 'old man' due to his white beard and eyebrows.
On the day Parwana was taken away by her 55-year-old buyer, Qorban, her weeping father, Abdul Malik, pleaded for him to not hurt his child.
Abdul, who is 'broken' with guilt, broke down in tears as he told Qorban: "This is your bride. Please take care of her. You are responsible now, please don't beat her."
Parwana's family said they had no choice, and are among scores of destitute families who being forced to sell their young daughters into marriage to survive, as Afghanistan plunges further into a humanitarian crisis.
One girl, aged 10, spends her days crying as she waits for the day she is sold to a 70-year-old man to help her family pay off their debts.
Another nine-member family is preparing to sell their four-year-old and nine-year-old daughters to have enough money for food.
Parwana and her family have been living in an Afghan displacement camp in northwestern Badghis province for the past four years. They have survived on humanitarian aid and work which earns them around £2 a day.
But since the Taliban took over Afghanistan in August, the country's economy is on the brink of collapse and international humanitarian aid has been put on hold - and the effects are deeply felt by families such as Parwana's who cannot buy basic goods such as food.
Abdul was forced to sell Parwana's 12-year-old sister months ago to help his family survive.
b]Parwana, her small face peeping out from her pale pink hijab, told CNN: "My father has sold me because we don't have bread, rice or flour. He has sold me to an old man[/b]."
Her father Abdul said he is 'broken' with guilt at the sale of his daughter and is unable to sleep at night.
He told the news outlet he had searched for unsuccessfully for work and borrowed money from relatives - with his wife even begging other camp residents for food - but nothing worked.
Abdul, who felt he had no choice but to sell Parwana to help his family survive, said: "We are eight family members. I have to sell to keep other family members alive."
He said that while Parwana is being sold for 200,000 Afghanis (£1,600) in the form of cash, sheep and land, it will only sustain his family for a few months before they must find another way to raise funds to survive.
Parwana hoped she would be able to change her parents' minds as she didn't want to leave her family or her education as she wanted to be a teacher when she grew up.
But, her buyer Qorban, who only has one name, arrived at the family's home with the payment last week.
Parwana, her small frame covered in a black head covering and a floral garland around her neck, hid her face from her family and new husband, who she fears will beat her and force her to work.
A weeping Abdul told Qorban: "This is your bride. Please take care of her. You are responsible for her now, please don't beat her."
Qorban agreed before grabbing Parwana's arm and led the small child towards the door, with her father watching on.
As they reached the door, Parwana struggled and dug her feet into the ground - but her efforts were futile as she was led away to a car and to her new home. Qorban insisted he would look after Parwana as his child and said he had a wife already.
Watch video below:
Top Stories