Kidnapping of 100 Baptist Church Members: CAN Blasts El-Rufai’s Shut Down of Telecommunication Network


The Kaduna State chapter of CAN lamented that the shutdown of telecommunication services in some parts of the state, saying it has has worsened the insecurity situation. 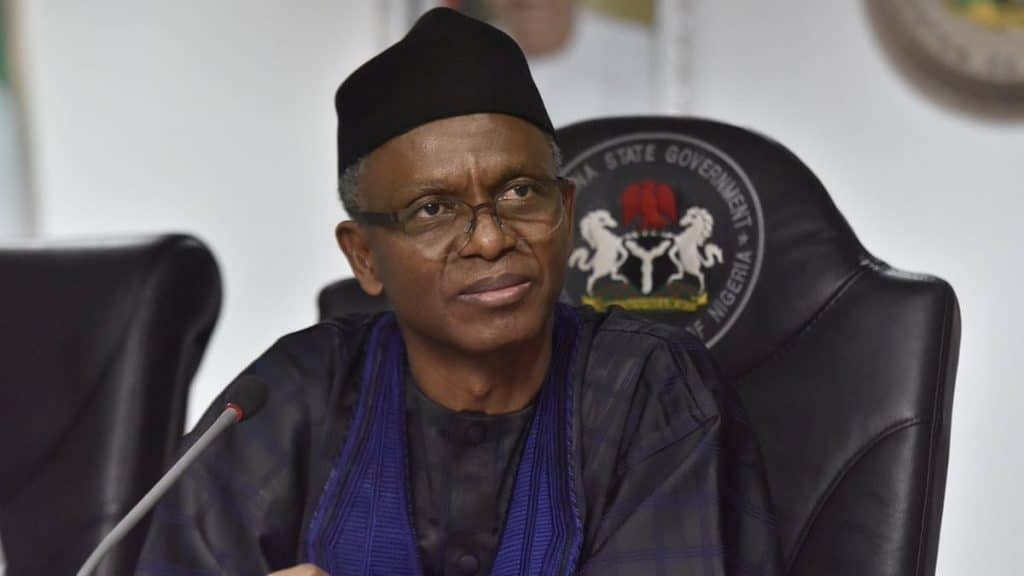 Nasir El-Rufai
The Christian Association of Nigeria (CAN) has lambasted the Governor of Kaduna state over the killing and abduction of 100 Baptist Church members on Sunday.
The Kaduna State chapter of CAN lamented that the shutdown of telecommunication services in some parts of the state, saying it has has worsened the insecurity situation.
Chairman of Kaduna CAN, Rev. John Joseph Hayab observed that the shut down of the telecommunication network has further enabled bandits to had a field day on Sunday killing one and kidnapping over 100 Baptist Church worshippers.
Hayab, expressed dismay that the security situation keeps on deteriorating, against the state government’s claims that it was on top of the situation while citizens are at the receiving end on a daily basis.
Rev. Hayab noted that the insecurity in the state came to a climax on Sunday when bandits invaded Emmanuel Baptist Church during service, killed one, and abducted over 100 worshippers, while others sustained severe injuries without any security presence in the area, attributing the kidnapping of the worshippers to the shut down of the telecommunication network.
Hayab explained, “We are seriously worried now. Gunmen are gradually approaching the township. Emmanuel Baptist Church, which is in Kakau Daji, is just less than three kilometres to Sabon Tashan, yet the kidnappers operated at will without any resistance.”
He explained that the truth about the shutdown of the network of telecommunication services is that people who are making policies are not fair to the citizens, adding that the government is doing trial and error, and this has not worked to curb insecurity in the state.
According to Kaduna CAN, a victim’s family said the kidnappers told them that they had to pay more on ransom because the gunmen had to go extra mile for network service before getting the victims’ relations.
He added that the abducted church worshippers would have cried out on Sunday to facilitate their rescue and for people to know that they were endangered, but they could not cry out, lamenting that the shutdown of telecom network even assisted the bandits to carry out their illicit activities.
He suggested that unless appropriate measures are taken against insecurity in the state, the security challenges would continue to worsen and the citizens will continue suffering in the hands of the kidnappers.
Top Stories