He also said lack of proper interaction between the president and the citizens was responsible for Nigerians not loving their presidents while alive. 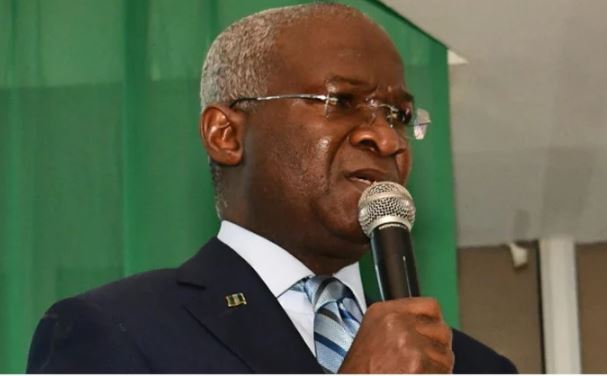 Babatunde Raji Fashola, the Nigerian Minister of Works and Housing, has said many Nigerian presidents are not loved by the citizens until they are dead.

Fashola blamed this on the poor understanding of the powers of a president.

He also said lack of proper interaction between the president and the citizens was responsible for Nigerians not loving their presidents while alive.

The former Governor of Lagos State spoke as a guest speaker at the Yoruba Tennis Club public lecture, with the theme, ‘What can the President do for me?’

He said, “Some say the office of the Vice President is just a spare tyre, but the statement is not factual, and that the VP has no power of his own is a lack of knowledge of the constitution.

“Of all the Presidents we have had, Nigerians never loved any one of them while in office; we seem to love them after they have left or died. Why is that so? To me, the answer is lack of depth in interaction.

“Nigerians are not sufficiently familiar with the constitution and the role of which offices are expected to play. It seems to me that we are expecting the right thing from the wrong place. I can’t ask the chairman of the Yoruba Tennis Club to do for me the responsibility of the secretary of the club.

“I carried out a research and what Nigerians’ expectations are. I discovered the major issues are security, education, healthcare, transport, water supply, employment, housing and electricity. Do they approximate to the functions of the President?

“So, in understanding what the President can do, we must bear in mind the nature of our political arrangement. The President as the head of the country leads the executive arm of the Federal Government but that Federal Government is made up of two other arms. Powers are shared between the Chairman of the local government and the state governor on the executive side. On the legislative side, powers are shared between the senators, House of Representatives members. Primary education and primary healthcare are not functions of the Federal Government, they are the duties of the local government.

“It is the people of Nigeria, rather than one man, who truly have the power and responsibility for our affairs. So, let’s talk about electricity. In 2013, the Federal Government privatised its own side of the electricity; so, what is happening at the state level on electricity should not be directed to the President because it’s the responsibility of the governor of the state. Also, ask the state Houses of Assembly what they plan to do about it because they have the power to make the law for generation, transmission and distribution. It’s also the responsibility of the state that we have water.”