He replied the Twitter user, stating that most media personalities are versatile and are not restricted to one area. 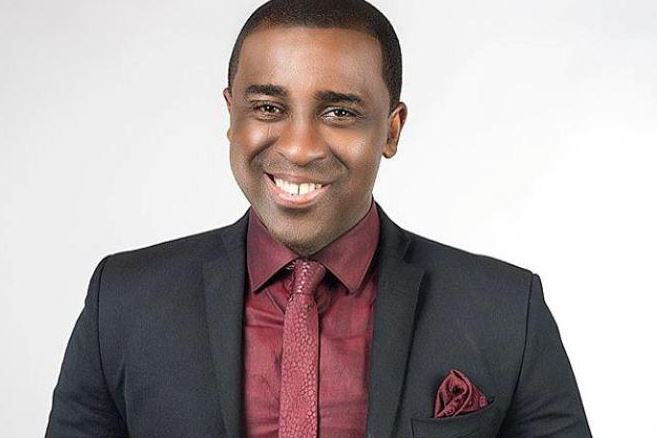 TV personality and host, Frank Edoho has responded to a Twitter user who stated that Toke Makinwa is not the right host for the Gulder Ultimate Search.

The Twitter user claimed the viewership of Gulder Ultimate Search dropped because Toke is the host,  adding that every host has their area of expertise and Toke hosting GUS is as "weird" as asking Frank Edoho to host a beauty pageant. 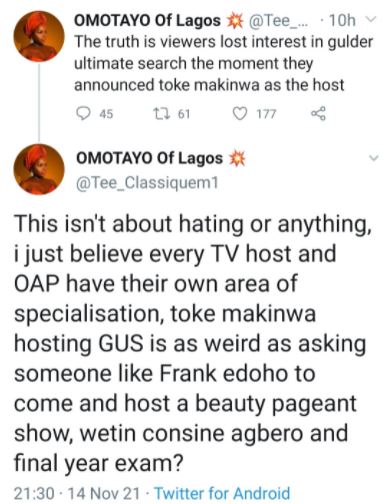 Frank Edoho responded by sharing a video where he was hosting a beauty pageant. He then told the Twitter user that most media personalities are versatile and are not restricted to one area. 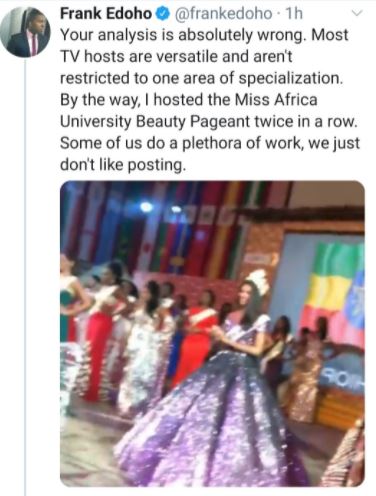