The police appealed to members of the public to always give prompt credible information about crime and criminals to the police for appropriate action. 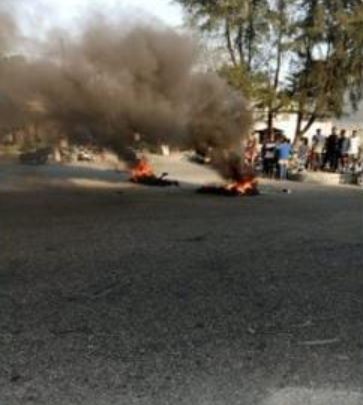 Following the lynching of two suspected traffic robbers by an angry mob around First Rainbow, on Apapa/Mile 2 Road, the Lagos state police have warned against jungle justice while asking members of the public to desist from taking laws into their hands.

The men suspected to be members of a syndicate terrorising residents and carrying out traffic robberies in the area, were armed with different weapons and reportedly dispossessed commuters of their valuables, especially those going to work early in the morning.

It was also alleged that they attacked people returning from work late in the night and during gridlock.

However upon being apprehended on Sunday November 14, they were beaten to a pulp before being set ablaze.

Lago state Police Public Relations Officer, CSP Adekunle Ajisebutu confirmed the incident and also appealed to members of the public to always give prompt credible information about crime and criminals to the police for appropriate action.

He warned against jungle justice as it is not healthy for any decent society.

“The remains of the suspected armed robbers have been deposited in the Isolo General Hospital’s morgue for autopsies. The Commissioner of Police, Hakeem Odumosu, has directed that the State Criminal Investigation and Intelligence Department, Panti, investigate the incident.”